Are Shelters Too Picky With Potential Adopters? - The Dogington Post 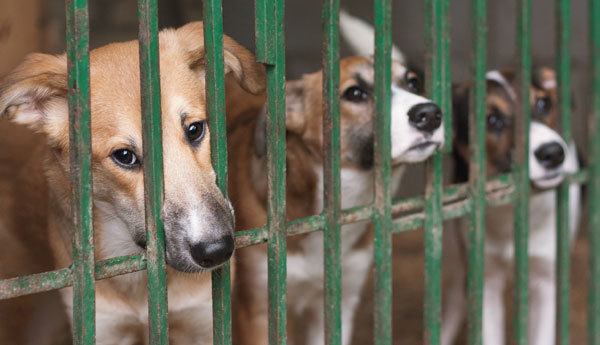 It is estimated that between 6 and 8 million dogs and cats enter shelters each year. As a result, euthanization by shelters is the leading cause of death for healthy dogs. In addition to spaying and neutering pets to keep the population of unwanted animals down, making adoption an easy option for future dog owners is important.

But, some say shelters are too picky with potential adopters, making it difficult for perfectly suitable families to rescue a dog that might otherwise be euthanized or live out it’s life in a kennel.

Kris Weiskopf, chief of the Manatee County Animal Services in Manatee County, FL wrote this article for the Bradenton Herald. Kris suggests that shelters are too picky with potential adopters and, as a result, the animals suffer.

Are Shelters Too Picky With Potential Adopters?

I am familiar with the “old school” thinking when it came to animal adoptions. One organization could never find the perfect match for its animals. That left cats and dogs in the shelter for months and even years, waiting for that “perfect match.” So one would wonder what was wrong with the animals. Why didn’t anyone want to adopt them?

It wasn’t a question as to their adoptability, it was more the staff’s opinion that no one was good enough to adopt them. They deserved better than “those people.” Aren’t they being a bit too hard on the potential adopters? You want a dog and don’t have a fenced yard? Sorry, not for you. What? You are going to be at work all day? That won’t do. This pet needs human interaction. Too many excuses were found to not adopt any of the dogs or cats. Come to find out, staff had become attached to the dogs and cats so much that no one would be good enough. During the day, the staff had their pets at work — those waiting for adoption. Eventually, as sad as this is, a couple of the dogs and cats lived their full life in the shelter while others became too ill to continue in life without suffering. The question was not what was wrong with the animals. The question really should have been, “What is wrong with the staff?”

Having specific requirements of the adopter is one thing, but because they may not be your “perfect match” doesn’t mean they are not good for the dog or cat. Some groups also claim that if you have children, you should wait until the children are old enough to be responsible. But families with children are generally more stable and give more of a chance for the dog or cat to be adopted. Pets need the stimulation children would be able to provide. Children and pets are a match. People with children should not automatically be shunned from adoption. If people with children shouldn’t adopt, people who don’t have fenced yards shouldn’t adopt or those people who work shouldn’t adopt, who does that leave? That leaves two groups: unemployed people and millionaires — and I bet the former would be ruled out, too. If you eliminate the most important groups of adopters, those who work and families with children, the easy-going, cuddly, playful and gentle dog or cat will be in the shelter for years, maybe forever.Shelter animals immediately face many obstacles to getting out alive. Shelters can limit the days they are held or they may become sick. Since these impounded dogs and cats already face these obvious problems, shelters and rescue groups shouldn’t add to the roadblocks.

There are plenty of kind-hearted people in this community who are willing and able to adopt. When people decide to adopt from a shelter, they should be rewarded. We are a nation of animal lovers, and should be treated with gratitude, not suspicion. Most important, though, is that the dogs and cats facing death deserve the second chance that many well-intentioned people are eager to give them. Don’t senselessly prevent them from doing so. If you never have to look into the eyes of a dog or cat and make a choice, you are lucky. One day, we all would like to be lucky, too.

Do you think shelters and rescue organizations are too picky with potential adopters? Please, share your thoughts with us below.

Related Items:adopting a dog, adopting from a shelter, Are Shelters Too Picky With Potential Adopters?, shelter dogs, shelters are too picky with potential adopters