Locked in a Basement All Her Life, B.B. is Finally Learning How to Be a Dog - The Dogington Post

After spending her entire life – somewhere between 7 and 10 years – locked inside a tiny wire cage and hidden away in a basement, B.B. is finally seeing sunlight for the first time and learning what it means to be a dog. 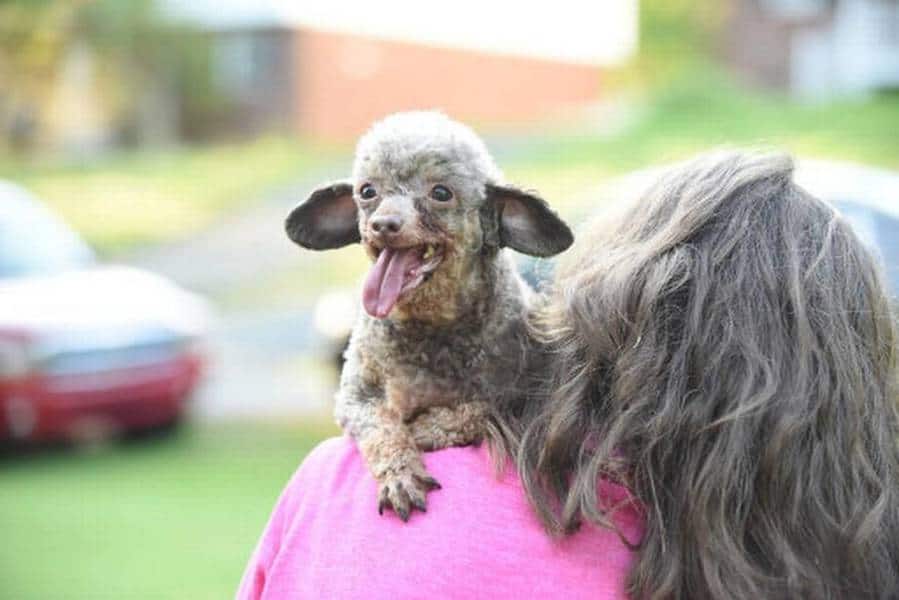 B.B., a purebred miniature poodle, was among nearly 130 animals rescued from a Cabarrus County puppy mill in September. Image: Humane Society of the United States.

B.B., along with 104 more dogs, 20 cats, and 3 goats, was found after an anonymous tip led deputies to investigate a property that county officials described as “unsafe and unsanitary conditions.” Some of the animals needed urgent medical care, authorities said.

You’ll want to grab a Kleenex for this one!