Most dog owners are aware that chocolate is a big no-no for dogs. However, the amount and the type of chocolate a dog ingests makes a huge difference in how your dog will be affected by it. While the random chocolate chip in a cookie is hardly ever an issue, certain kinds of chocolate are highly toxic to pooches. 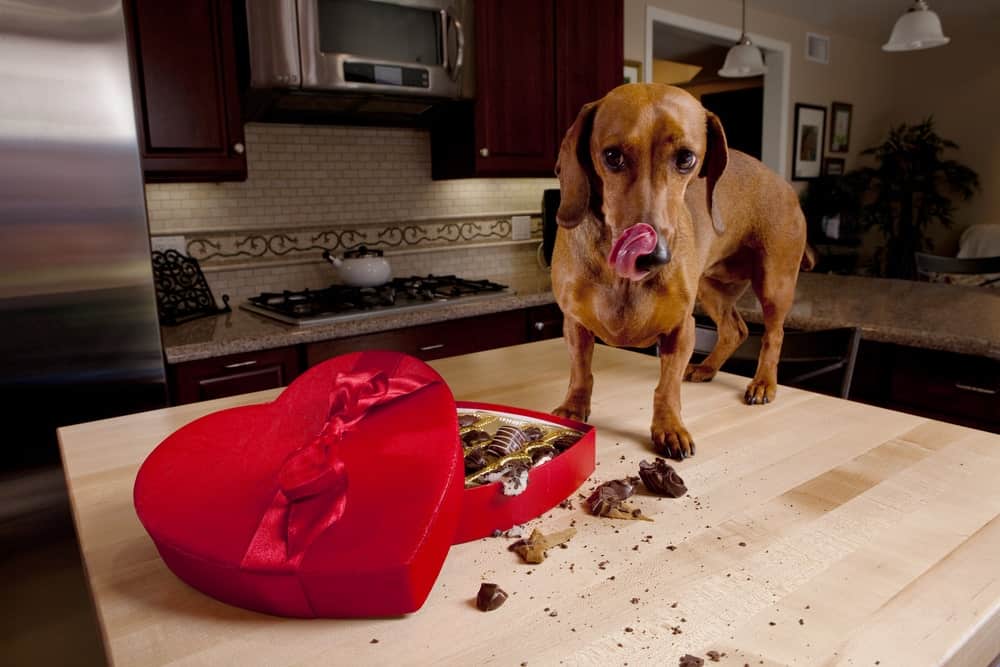 In most cases, the more bitter and darker the chocolate a dog has ingested, the greater the risk of him getting poisoned. The amount of chocolate a dog can ingest without serious adverse effects is relative to the size of the dog as well. Where a 75-pound Labrador may show no reaction to eating a slice of chocolate cake, a 4-pound Chihuahua may be seriously at risk.

Also, with as low as 20 mg/kg of theobromine, another chemical compound in chocolates that is indigestible to dogs, clinical signs of canine poisoning can already be observed in your pet. Amounts of theobromine ingested that is greater than 40 mg/kg can already result in cardiotoxicity which is characterized by racing heart rates or heart arrhythmias. Worse, if your dog has consumed amounts of chocolate with this chemical greater than 60 mg/kg, neurotoxicity would be a potential risk. A poisoned nervous system can lead to tremors, seizures, and/or even death.

What You Should Do

Dogs that have finished off small amounts of chocolate may show signs of poisoning in about a day or two. Vomiting and diarrhea are the most common symptoms. To prevent your pet from getting dehydrated, veterinary treatment may be necessary.

Those dogs that have eaten large amounts of dark, more toxic chocolates will demonstrate signs of toxicity in just a matter of hours. While both cases require medical attention, the latter is a highly urgent situation. Because of this, it’s very necessary for you to take your dog to your vet at once. This kind of grave poisoning, if not treated right away, could lead to serious life-threatening illness. Treatment generally includes your vet trying to induce vomiting which usually depends on when your pooch has ingested the chocolate, administer activated charcoal numerous times so the toxins pass through the dog’s digestive tract, prescribe anti-nausea drugs, and possibly IV fluids and heart medications.

Don’t forget that with any kind of canine poisoning, it’s always less expensive, less severe, and has a much better outcome if early treatment is done.  Since there is no antidote to chocolate poisoning, prevention is always better than cure.

So keep those hapless chocolate bars in well-covered containers and out of Fido’s reach all the time. Avoid poisoning problems as much as you can by dog-proofing your entire house properly.