Three Signs You Have a Great Veterinarian - The Dogington Post

My rescue dog, Vector, joined our family four years ago courtesy of the Sato Project, a Puerto Rico-based organization that, currently, has its hands even fuller than usual in the aftermath of Hurricane Maria (hint hint – please donate). He survived three years in a place literally called Dead Dog Beach.

His salvation combined miracles of resilience and compassion. His recovery has comprised a more modern miracle: Veterinary science. 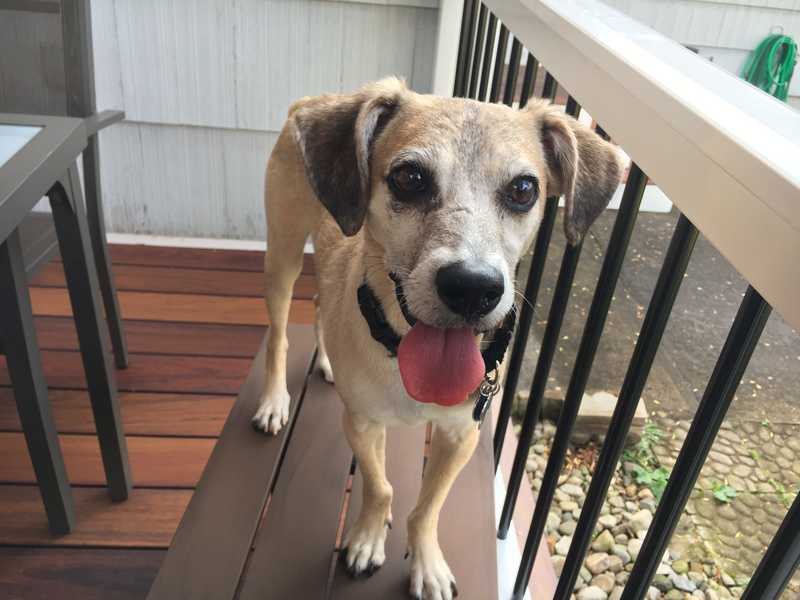 When we adopted Vector, he was in really rough shape. He was missing his tail, a toe, and a chunk of ear. A dark scar marred his snout. His invisible maladies were even worse: Vector had heartworm, requiring painful injections of an arsenical compound whose side effects can be fatal. He’d also acquired tick-borne ehrlichia, an autoimmune syndrome that attacks white blood cells and poses risks ranging from neurological ailments to kidney disease.

Fast forward to today, and Vector is a seven-year-old who bounds around the yard like a seven-month-old. Is he completely in the clear? No – more on that later. But among the many blessings in Vector’s life has been our very fortunate choice in healthcare providers.

Simply put, Vector has an exceptional veterinarian. Here are three signs that you do, too.

He has a plan, and shares it with you.

After a thorough examination and initial bloodwork, my vet was straightforward with me. There were several things we needed to address, he said, and it was going to take a while.

Vector’s missing toe and tail were closed wounds, and posed no threat. A few stitches would patch his oft-bleeding ear, but try to limit his head whipping (think of a dog shaking off water). So no baths for a month.

The heartworm was more urgent than the ehrlichia, which would be a longer-term issue. The heartworm treatment, he explained, literally breaks the worms apart, so we’d need to keep Vector relatively calm. He provided some pointers on keeping a jumper like Vector grounded, such as stooping to his sight level and leashing him during mealtimes (both his and ours). These tips may seem elementary but, to a first-time dog owner feeling overwhelmed by the multi-pronged diagnosis, they were Einsteinian insights.

Most importantly, he laid out what the next few months of treatment would look like. A reasonable timeline, complete with milestones and well-explained cost estimates, made what first seemed like an intimidating abyss far more tangible – and therefore more doable. A good vet not only cures pets, but eases their owners’ minds.

He goes the extra mile.

Or, in my vet’s case, the extra 1,000 miles. Because Vector is vexing – or rather, his ehrlichia is.

Ehrlichia’s severity is measured by the concentration of markers, called titers, in the bloodstream. Vector’s titers were the highest my vet had ever seen in his decades-long career. In fact, getting a precise number wasn’t possible through traditional analysis, because the titer count exceeded the test’s capacity. Vector was literally off the charts.

My vet’s next step showed both smarts and heart. He sent the bloodwork – at his own expense – halfway across the country to a special lab at his alma mater. Knowing the exact number, he explained, could benefit not only Vector but future patients.

There’s another important veterinary trait at play here: thoroughness. Since animals can’t report minor aches and pains that, for humans, might alert a doctor of worsening symptoms, Vector’s vet wanted to pinpoint the titer count because it was the only way to know how aggressively to treat him.

A good vet is compassionately competent. Given the inherent communication limitations in his practice, he carefully collects all possible data, then executes an action plan accordingly. In the process, he saves pets unnecessary treatment ordeals and their owners unnecessary expenses.

He admits when he doesn’t have all the answers.

As it has various strains, ehrlichia isn’t a one-treatment-cures-all type of illness, and Vector’s case has been stubborn and stupefying.

Like Lyme Disease in humans, canine ehrlichia tends to relapse and remit. Thankfully, Vector has suffered only one major clinical episode – a weeks-long, painful arthritic spell that, at its peak, left him barely ambulatory.

The vet has tried various combinations of antibiotics, in descending order of commonality and likely effectiveness. Unfortunately, success in lowering Vector’s titer count has been limited and temporary. From a cure-all standpoint, we’re running out of options.

As I write this, Vector’s veterinarian is doing something wildly radical in what is too often a money-grabbing, face-saving profession: He’s pausing to give it some additional thought, research and consultation before suggesting next steps. He’s admittedly stumped.

Given how very much we love our pets, only a vet who has demonstrated, beyond a doubt, such professional competence and moral compass gets to give “I don’t know” for an answer. Our vet has earned that right.

Likely, we’re done trying to completely eradicate the ehrlichia, and will resort to clinical relapse prevention. That Vector has had just one major setback in his four years with us is remarkable. It will take a great vet to continue keeping him healthy.

Christopher Dale is a freelancer who writes on society, politics and sobriety-based issues.  He has been published in a variety of prominent outlets, including Salon.com, The Advocate and New York Newsday.  He is also a contributing blogger to TheFix.com, a sober lifestyle website.  He can be reached at [email protected].

To learn more about the amazing work by The Sato Project, visit www.thesatoproject.org or visit them on Facebook right here.

Learn more about Vector and Christopher Dale in this incredible story: Rescued by the Rescued: How My Rescue Dog Helps My Recovery From Alcoholism.

Related Items:Christopher Dale, ehrlichia, featured, finding the right veterinarian, how to tell if you have a great vet, rescue stories