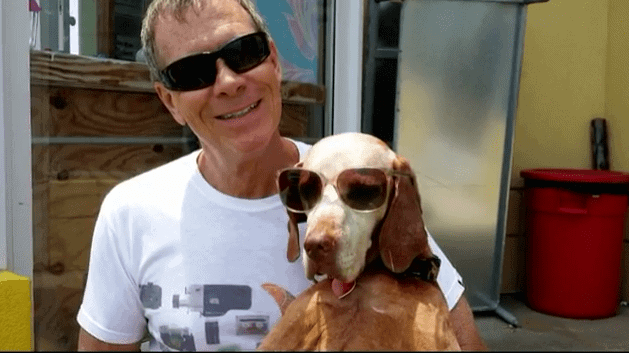 A Virginia man is facing animal cruelty charges after shooting his dog and burying her body at a public beach. Now, he’s speaking out about what he did, saying he only had the best intentions for his beloved companion of 15 years.

Michael Eric Whalen, 65 owned Allie, a hound mix who had been his constant companion for more than 15 years. About a year ago, Allie was diagnosed with Cushing’s disease, a treatable but incurable terminal condition that’s a result of excessive levels of the stress hormone cortisol in the body.

When she was diagnosed, Whalen’s veterinarian recommended euthanasia. But, Whalen said, the time wasn’t right.

“Allie was not ready. I was not ready,” Whalen said. “She was still having fun. She wasn’t in ill health.” He continued treating her symptoms and enjoying what time they had left until one day in February when Allie’s health took a turn for the worse.

Allie suddenly began panting, swaying, and seizing uncontrollably. “It required my full attention to keep her airway open, to keep her from aspirating her vomit, to keep her from laying in her poop,” he explained to WVEC. Unable to take her to a hospital to be humanely euthanized, Whalen took it upon himself to end her suffering.

“I told myself I have a small handgun and I thought this will be painless, instantaneous,” Whalen said. “And then I just broke down, it was the most emotional thing I’ve ever done.”

He buried her body at a nearby beach, one of Allie’s most favorite places. A place they’d spent many, many hours swimming and playing together.

A resident later found Allie’s body partially buried in the sand and called authorities who traced her back to Whalen. Initially only charged with burying trash, Whalen is now facing animal cruelty charges for his actions.

“I gave my full testimony of what happened ‘This is what happened folks, I didn’t do anything wrong here and you’ve got to know the truth`,” Whalen said, speaking out to set the record straight.

“If your animal needs you, you gotta be there for her. You have a duty and obligation. I loved this dog. She needed me,” Whalen said.

Whalen has hired an attorney and has a court date in June. He hopes his case will shed light on euthanasia rights.