Around the country, on Black Friday, the biggest shopping day of the year and the day after Thanksgiving, dog lovers and advocates will be protesting the largest retailer in the world – Walmart.

Will YOU be one of them? 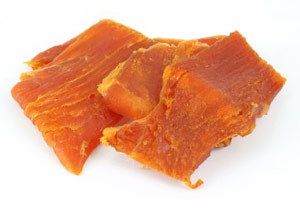 Over 360 dogs have died and countless others have fallen ill as a direct result of eating chicken jerky treats imported from China.

More than 360 dogs have died and countless others have become ill from the chicken jerky dog treats imported from China that, despite countless pleas and petitions, still line the shelves at nearly every major retailer in this country.

So, why Black Friday? The article below from Susan Thixton of TruthAboutPetFood.com explains:

It’s time.  We’ve asked nicely, pleaded, and have signed countless petitions.  Still nothing; not one national retailer has removed the jerky treats imported from China from store shelves.  We’ve been patient enough.  It’s time to REALLY get their attention…Let’s ask some serious questions of store managers on the busiest shopping day of the year!

A pet owner recently shared her dog died after consuming Chinese imported jerky treats sold at Walmart.  In honor of her beloved dog, she went to Walmart and demanded they remove the treats that are linked to her dogs death and the deaths of more than 360 dogs in the last 18 months.  To get this determined pet owner out of the store, the manager told her the treats would be removed.  But she found out the next day, Walmart had done nothing.  The jerky treats remained on the shelf.

In reading this pet owners heartbroken story, my thoughts were…she’s right.  She was right to ask Walmart to pull the treats – and doing it in person.  She’s absolutely right!

The jerky treats imported from China should be pulled from store shelves – and stay off shelves until FDA has given an official statement the treats have been proven safe.  No exceptions.

If you want the deaths and illnesses linked to these imported from China jerky treats to stop, we’re going to need your help.  We need thousands of volunteers.  We need to ask Walmart some very straightforward questions, and we need to do this publically.

On Black Friday, 2012 (November 23, 2012) determined pet food consumers all across the U.S. and Canada will gather together in front of Walmarts.  We’ll be there with protest signs and fliers to hand out to consumers.

Why Black Friday?  Several reasons, but the biggest is media.  Black Friday is the busiest shopping day of the year.  Every single year, the media is at Walmarts all across the U.S. filming the shopping frenzy.  By planning to ask Walmart managers questions on this day, we have (close to) guaranteed media attention.  We need our questions to Walmart to be publicized in every city – this is our one day to achieve that.

Why Walmart?  Walmart is the largest national retailer.  If Walmart removes the treats from store shelves, it is likely other retailers will follow.

What are we asking for and what are the grounds for our request?  Very simple…we are asking Walmart to remove all Chinese imported jerky treats from store shelves immediately and we ask they remain removed until the FDA has issued a statement the treats are safe for pets to consume.

Hundreds of pet deaths and thousands of pet illnesses reported to the FDA should be sufficient grounds for Walmart to remove the treats from store shelves, but that hasn’t been enough for Walmart thus far.  So, we are going to ask them if the safety of human products are more important than the safety of pet products.  You see, just last year Walmart pulled a human product from store shelves – “out of an abundance of caution” – and without an official FDA recall.

We are asking Walmart to have the same concern for pet food consumers as they did for baby food consumers; to act out of an abundance of caution and pull the Chinese imported jerky treats.  We will publically (in front of Black Friday television cameras) ask Walmart if they care about pet food consumers. The questions will be…”Walmart, you pulled baby formula off store shelves nationwide; there was no recall, but out of an abundance of caution Walmart stepped up and did the right thing instead of possibly putting children at risk.  Are you willing to do the same thing for pets?  Or is it that Walmart only cares about the safety of human products?  I want to know, will you remove all jerky treats imported from China from your shelves until the FDA has issued a statement the treats are confirmed safe?  Does Walmart really care about the safety of all products sold in Walmart stores?”

Doesn’t three hundred and sixty pet deaths – reported to the FDA within the last eighteen months – deserve the same “out of an abundance of caution” action (pulling the treats from store shelves)?  Let’s ask them in front of the local media…on Black Friday!

Here’s what we need from you…(this is just for starters, as more is planned for Black Friday for Pets at Walmart it will be posted – such as slogans for signs, planning suggestions, where to meet, how to connect with others and so forth – we’re just getting started)…

Volunteer to question Walmart in your city on Black Friday.  Begin to gather some of your pet loving friends.  Ask your local independent pet store, your vet, groomer, pet sitter, dog trainer, and any other pet professional to meet at Walmart with you.  If the treats have sickened or killed your pet, please bring pictures of your pet to show Walmart and the media.

Start a Meet-up in your city for this event.  Connect with other pet related Meet-up groups and ask for their participation.

Don’t worry, we will publish every detail for you.  A script – so to speak – to follow.  This will be very simple (and hopefully very effective).

The bigger we make this, the better the chance Walmart will listen and remove the treats from shelves.  And yes, we are going to tell Walmart about our event beforehand.

The following letter has been sent to Walmart …

This letter is to inform you that thousands of distraught pet food consumers have tried and tried to encourage your company to remove jerky pet treats imported from China from your store shelves – to no avail.  Walmart has ignored every plea. Walmart has ignored three warnings from the FDA, and Walmart has ignored FDA reports of more than 360 pet deaths in the last 18 months.  We have to ask…Does Walmart care about pets?

Last year, Walmart did a very good thing.  Walmart removed a suspect baby formula from store shelves.  There was no recall of the baby formula, there was no clinical evidence the baby formula was dangerous.  Yet Walmart decided the safety of children was more important.  Walmart took swift action to protect children and pulled the formula from store shelves nationwide; your press release stated Walmart acted “out of an abundance of caution”.

There is an urgent need for another ‘abundance of caution’ action by Walmart.  Walmart needs to lead the way for other retailers and remove all Chinese imported jerky treats from store shelves nationwide.  Walmart needs to prove to millions of pet food consumers your corporation is just as cautious about every product sold in your stores as you have been with baby products, this includes pet products.

Thousands of pet food consumers will be at Walmarts all across the U.S. and Canada on November 23, 2012 – Black Friday – to ask your store managers these questions.  We will be there early in the morning when hundreds of consumers are waiting in line.  We have planned to ask you our questions specifically on Black Friday because we want your response to be in front of the media – who will already be filming the shopping frenzy at Walmarts all across the U.S.  We want your answers to be public information.

Will you take a stand against Walmart? Or, more importantly, a stand FOR dogs?