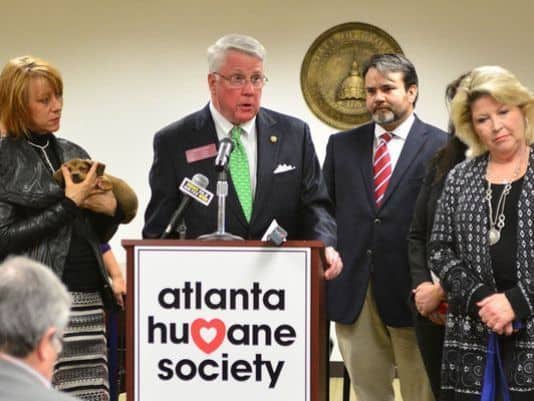 Over the years, Georgia lawmakers had designated a state vegetable – the Vidalia onion, a state bird – the Brown Thrasher, and a state fruit – the Georgia peach, of course. Yet, somehow the state had never designated a state dog. Until now.

Most people are quick to make their guess of which dog earned the Peach State’s top honors, with the most common choice being the Bulldog, a breed almost synonymous with the state, thanks the Uga, the University of Georgia’s famed mascot.

But, when the House voted yesterday on which breed of dog to formally recognize, they took a different, totally awesome approach.

In a unanimous 172 to 0 vote, Georgia House members selected “the adoptable dog” as their official state pooch. House Bill 561 will still need to be passed by the State Senate before becoming official, but with such a landslide victory in the House, it looks like Georgia’s rescue dogs will take the honor.

Those in support of the bill (basically, everyone!) hope that the designation will promote animal adoption and rescue.