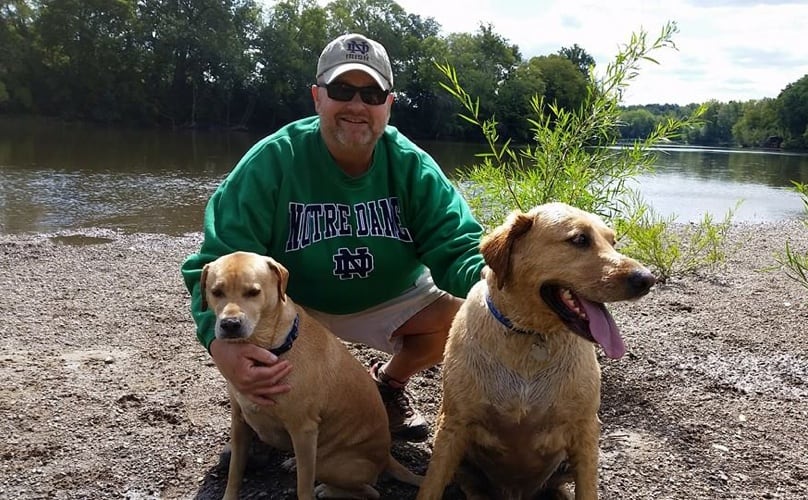 David “Krockett” Krieger, a husband, son, brother, father, friend, and protector of animals lost his life standing up for what he believed in – saving a dog from harm.

When 53-year old Krockett witnessed Roy Thompson brutally beating and kicking a dog in a parking lot on December 11, 2015, the avid dog lover and rescuer stepped in to stop the abuse, to help the dog.

That’s when Thompson turned to Krockett and fired two bullets, killing the heroic man and leaving his wife, children, and his own two dogs, Trout and Sophie, without their beloved dad.

“In the wake of this tragedy we are all left to try to make sense of why such a wonderful man, who was an asset to society and made the world a better place, was taken from us so soon. We’ve decided that the only thing that makes sense is that God had a job opening as the “Keeper of the Rainbow Bridge.” He has one now – the absolute BEST man for the job.”

The dog that Krockett died trying to save did survive the brutal attack and his attacker, the monster that murdered a hero, is currently in jail, awaiting trial.

A GoFundMe page has been set up to help the family with funeral expenses. You can donate by clicking here.

Rest in peace, Krockett. The world was a better place with you in it.