It should have been a nice family meal at a local restaurant. Instead, an American hero was turned away because of his service dog. 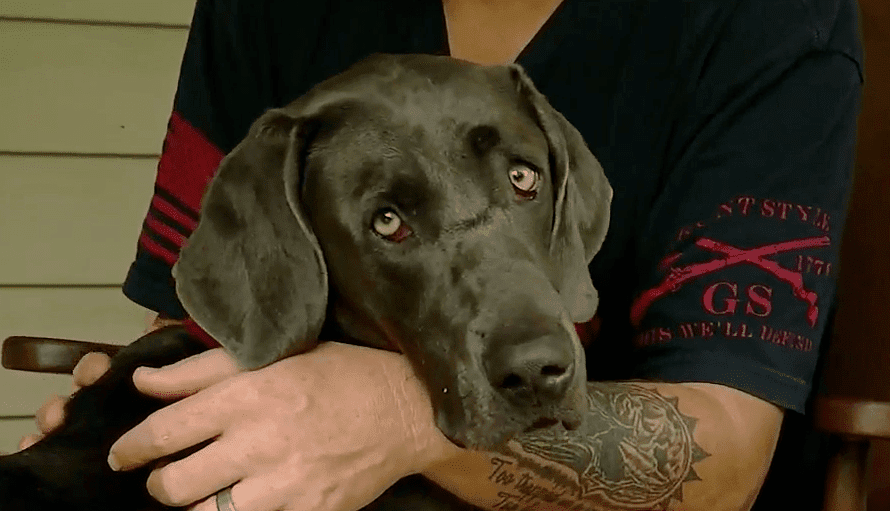 Wounded Iraq War Veteran, Anthony Smith, doesn’t leave home without his service dog, Violet. And, because of the Americans With Disabilities Act which grants access to service dogs, he doesn’t have to.

The Bartow, Florida resident suffers from PTSD and Violet was trained to detect the adrenaline spikes that Smith experiences just before and during an anxiety or panic attack. Violet, who was trained by K-9 Partners for Patriots, keeps Smith calm and eases his anxiety while out in public. Smith says his loyal service dog has given him his life back.

But, when Smith, along with his wife and children decided to treat themselves to a family dinner at Bartow restaurant, Mike’s Drive-In, they were turned away at the door.

The restaurant’s manager, Rula Roussos told the couple that Violet was not allowed inside the restaurant and refused to acknowledge the ADA access laws when Smith tried to explain them, saying insurance would not allow dogs inside.

She was wrong. Under ADA law, service dogs are legally provided access anywhere their disabled handler goes, including inside restaurants, stores, and on airplanes and other areas where pet dogs are generally not admitted.

The restaurant, now aware of the laws, apologized to the Smiths and invited them, along with Violet, back for a free dinner. The family declined.

The restaurant is currently under investigation by the state attorney’s office for failure to accommodate the disabled.