A Columbia, South Carolina police officer will not face criminal charges despite leaving his K9 partner to die, trapped in a hot police car for up to 8 hours. 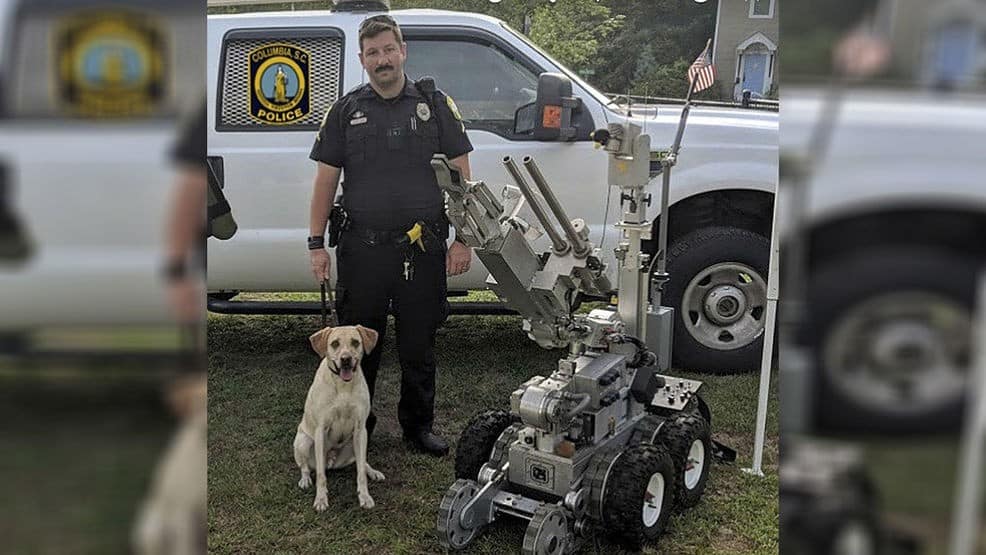 Columbia Police Officer David Hurt has been released of his dog-handler duties, suspended from the bomb-detection unit for 6 months, and suspended without pay for 5 days after he left his bomb-sniffing canine partner, K9 Turbo, inside his police car for between 6 and 8 hours.

Hurt had parked the car in a shaded spot in a high school parking lot at approximately 7:30am, while he, and several other officers, attended training. For an unknown reason, Hurt deactivated the vehicle’s heat alarm which causes a siren and horn to go off as well as an on-person alarm when the temperature inside the vehicle reaches a certain level.

In a news conference, Columbia Police Chief Skip Holbrook said, “I guess the simplest way for me to start is to acknowledge that we made some mistakes.”

Holbrook explained that Officer Hurt had not given “any logical reason for why he deactivated the heat alarm,” but says the officer had rolled down the rear windows and left the air conditioner on for 2-year old Labrador, Turbo.

Hurt did not return to the vehicle, either to check on Turbo or to allow him a potty break, until about 3:30pm, about 8 hours after parking the car. That’s when he found Turbo showing signs of heat stress – foaming at the mouth, panting heavily, and unsteady on his feet. Turbo was taken to a veterinarian where he was euthanized after suffering organ failure due to heat exhaustion.

Officer Hurt was not charged with animal cruelty after an investigation determined there was no criminal intent behind his actions.