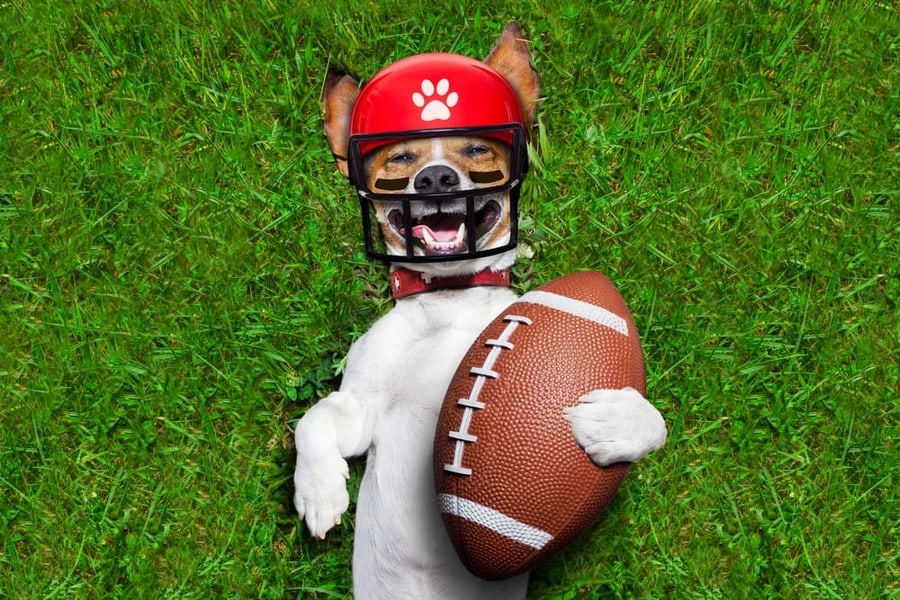 According to a recent survey by the National Retail Federation, 43.3 million Americans are planning to throw a Playoffs or Super Bowl party this year — and nearly 80% of those who plan to watch also plan on purchasing food.

Football fare is nearly irresistible for dogs — especially when sitting at eye-level — but even cats can grab a piece of the action. Unfortunately, furry fans who intercept game day grub are likely to catch more than they bargained for. Petplan encourages would-be revelers with pets to think carefully before serving the following:

Brew-hoo — Just like people, some animals have a taste for beer. But think twice before pouring your pet a pint: even a nip can cause fatal respiratory depression.

No bones about it — Chicken wings have especially fine bones, which can splinter easily and puncture the GI tract. Besides, the sauces are virtually guaranteed to cause an upset stomach.

Not fun-ion — Onion rings are doubly dangerous: onions in any form are poisonous to pets and fried foods can cause diarrhea.

(Don’t) pick ‘em — Toothpicks make a nice presentation for cubed meats, cheeses and other appetizers, but can cause severe and potentially fatal damage to pets’ GI tracts, if swallowed.

Aw, nuts! — Many nut varieties have a devastating effect on dogs’ nervous systems. Walnuts and macadamias are especially toxic and can cause vomiting, paralysis and even death.

Start with a game plan!

For some pets, the temptation may simply be too great. If that’s the case, seek alternative arrangements before hosting, or consider leaving your pet at home, if attending.

When begging doesn’t work, dogs may resort to linebacker tactics: playing smart and aggressive. Encourage guests to minimize the risk of fumbling food by sitting at a table or using snack trays.

The best defense is a good offense!

Go for the extra point by keeping pet-friendly snacks handy for hounds with hungry eyes. Better yet, go for two with pigskin-themed pet treats!

Don’t leave it all on the field!

Keep an eye on unattended plates and cups — and make sure to clean up promptly. Even if they’re blocked at the line of scrimmage, sufficiently motivated dogs will run the end-around without a second thought.