You spent months searching for the perfect dog for you and your family. You’ve spent hours combing through the various dog articles available on the web, reading on ways to meet all their needs, and making sure your environment is right for them. You finally find one that’s right for you, and you bring them home, only for your beloved four-legged animal to use your living environment as a territory marking spot –– to let other critters know that this is their home. 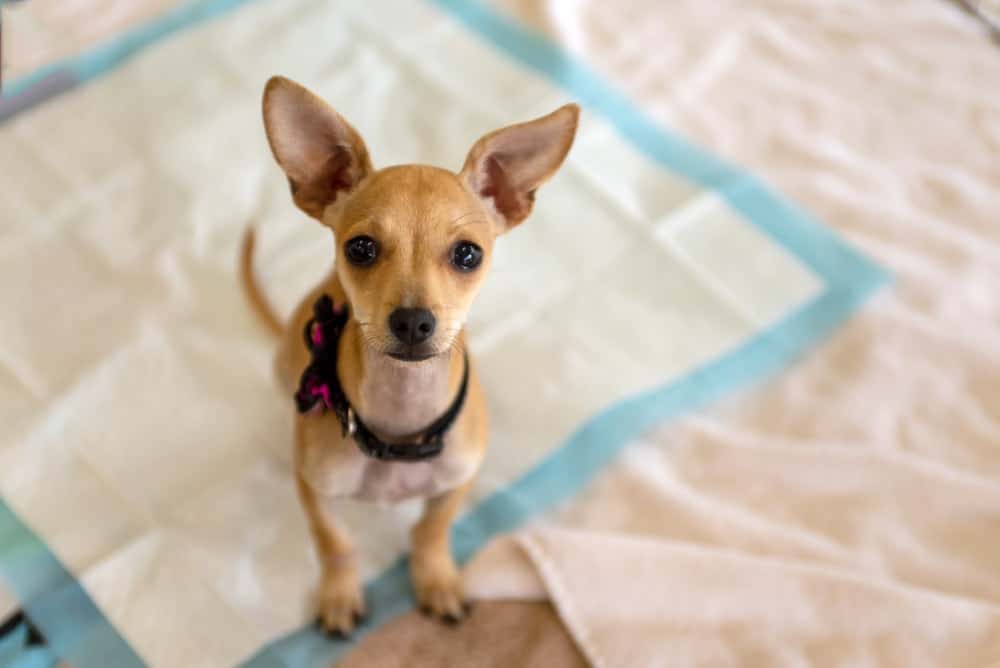 Why do some dogs behave this way? The answers have to deal with possessive, and aggressive behavior found within dogs. That said, aggression is a common behavioral trait many pet owners have to deal with. The majority of the time, the behavior is almost always blamed on the dog for trying to be too dominant and territorial. The truth is, however, animal behavior is just the product of how humans treat them.

So, why do smaller dogs seem to be more aggressive than bigger ones?

While there are a number of things that can contribute to animal behavior, the most logical reasoning has to deal with how they’re treated by humans. For dogs, though, aggression really seems to be a problem for smaller breeds because human treat them differently.

Smaller dogs, for example, are usually viewed as cute and cuddly compared to the bigger ones. As a result, they spend more time indoors (with their owner) and less time socializing. This could be one reason why they become territorial and show signs of aggression. Other reasons might include:

These are behaviors that can stem from something as simple as making eye contact with an animal, which is why humans shouldn’t do it. The behavioral differences between pet owners and their beloved animals can play a major role in their development. Most pet owners, for instance, treat their smaller canine companions like humans. Because of this, they tend to forget that dogs don’t think the same way. Therefore, they aren’t able to respond to human affections in the same way a child would.

Some pet owners believe that by giving their dog an endless amount of attention and love, they’ll be more willing to listen to commands. At the same time, they overlook the really important things dogs need — like guidance, training, and social skills. Although canines might love spending time with you, it does not fulfill their instinct of exploring, sniffing, and learning about their environment.

Dog trainers believe this is what eventually leads to behavioral problems like aggression, and territorial marking. As a pet owner, it’s important to understand that you and your dog simply don’t speak the same language — no matter how big or small they are. So, helping them with their aggression is vital.

Marking Your Territory at Home

Most dogs scent mark by urinating a small amount on different surfaces. This kind of behavior however, can be difficult to spot. The truth is, dogs that urine mark do so discreetly –– unless they’re out on a walk.

What can pet owners do to prevent this type of behavior?

The first thing owners can do is spay or neuter their beloved animal –– if they haven’t done so already. Aside from preventing your dog from urinating all over the house, it can also extend your dog’s life. Another thing pet owners can do is practice keeping a clean house. Remember, if there’s a drastic change within your dog’s environment, then they’ll be more likely to misbehave as a result of it. That said, if their environment starts to get a little crowded, they might rely on urine marks to establish their territory. 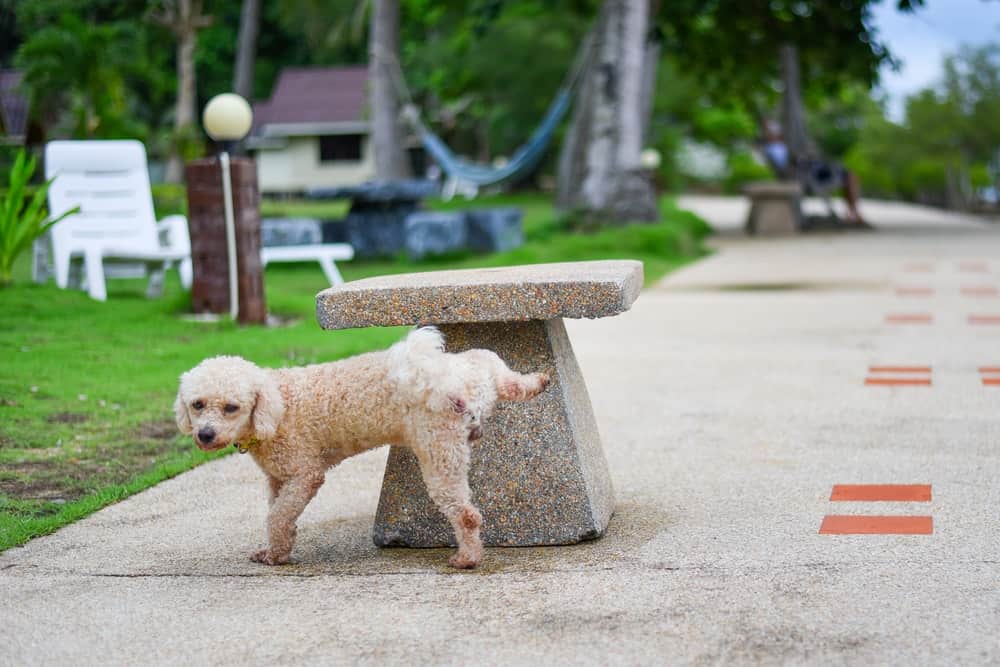 Generally speaking, most pet owners love their pets and feel they understand them on an emotional level. That’s because pets can help their humans create new friendships and develop a better social life. Dogs can be excellent ice-breakers, making it easier for their humans to communicate with other owners and start great conversations.

If your dog urinates all over the place, however, some of the conversations you’ll have with other pet owners might not be so fruitful. That said, if you notice that your dog is marking their territory every chance they get, the last thing you want to do is punish them. Truthfully, if you discipline your dog, they may not understand why they’re being punished for their actions, and will likely become scared. However, if you catch your dog in the act, then you can take action (like making a loud noise) to prevent them from continuing the behavior.

The bond between animals and humans is an amazing experience, and shouldn’t be taken for granted. 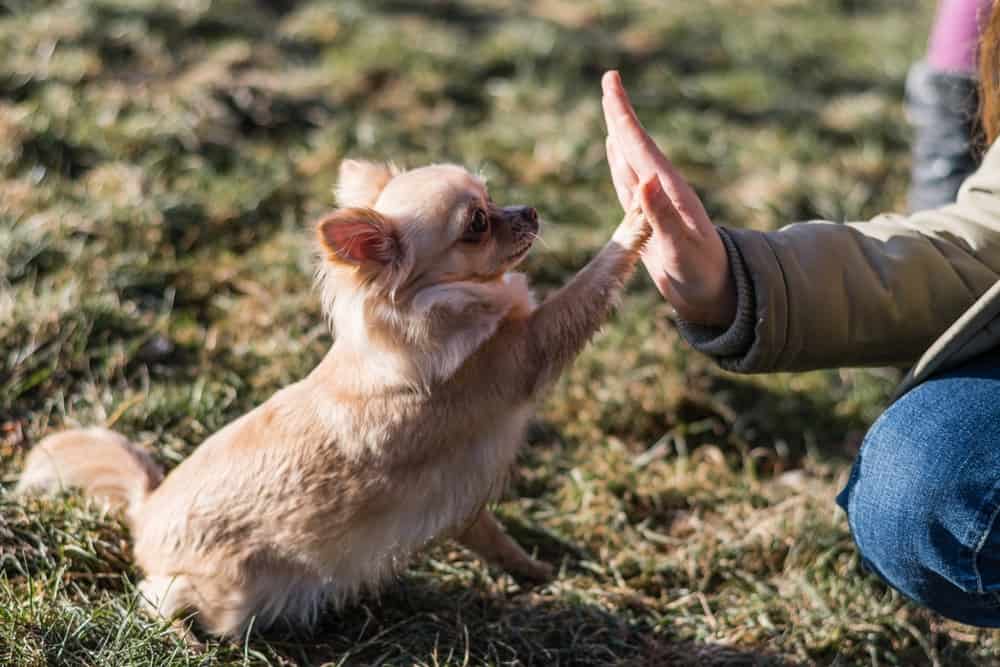 Believe it or not, dogs can be rehabilitated when it comes to correcting their behavior. The most important function, however, involves early socialization with other animals, dogs, and humans. If you have a puppy, for example, you should begin introducing them to their new environment immediately. If you have an older dog, on the other hand, consider going with your dog to behavioral classes.

How to Further Help Your Beloved Pet

Whatever you do, always make sure to introduce your animal to new situations slowly. If you can’t avoid introducing them to a new environment, then work on teaching your dog alternative behaviors, and be sure to provide positive reinforcement. This will help diffuse bad situations from happening.

Thanks for the read! Did I miss anything important? What are some other reasons smaller dogs go through drastic measures to mark their territory? Leave a comment below with your thoughts.

H. Davis loves taking advantage of the sunny weather outside. If you can’t catch him online, you might be able to catch him out playing football with friends or cheering on the Boise State Broncos. Follow him on Twitter at @Davis241. Thanks!