A Nebraska woman was arrested, charged with animal cruelty, and sentenced to a year in prison after leaving two dogs to die in a hot car. 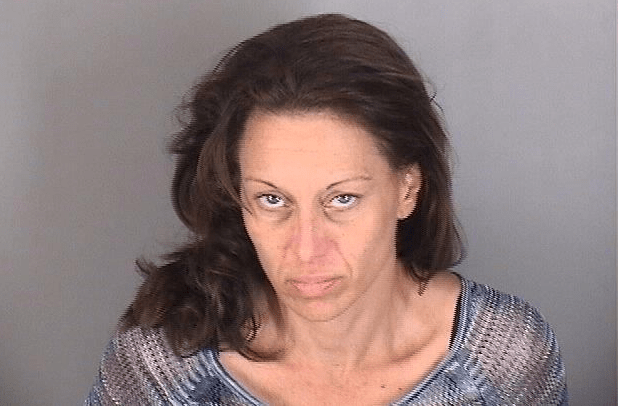 Ashley Alberts-Roach, 38, of Bellevue, Nebraska was arrested and charged with two felony counts of animal cruelty after she left her boyfriend’s two dogs – Paco, a 4-year-old Pit Bull/Lab mix, and Rosie, a 3-year-old Pit Bull mix locked inside her vehicle for 4 hours in August of 2016.

Alberts-Roach put the dogs inside her car around 10 a.m. on Aug. 5, 2016, because she didn’t want them in her house, prosecutor Gage Cobb said. Her 11-year-old daughter later told her the dogs were in distress, but Alberts-Roach left them there.

She eventually checked on the dogs more than 4 hours later at 2:15 p.m., police said, and realized that they were not moving. She moved the dogs to the garage to try to cool them with water but could not revive them. Bellevue police were called to home about 3:15 p.m. and found the two dogs dead inside the garage. Both dogs died of heat exhaustion.

Alberts-Roach was sentenced to one year in prison by Sarpy County Judge Stefanie Martinez. Although the maximum allowable sentence would have been two years for each count, the woman’s attorney requested probation instead of jail. Judge Martinez denied the request and ordered her to serve one year jail time.

In addition, she is banned from owning or having a dog in her possession for the next 30 years.

“We’re pleased with the sentence,” said Mark Langan of the Nebraska Humane Society. “It wasn’t the maximum, but it was something for her to think about while she sits in jail. It’s a tragic situation based on the stupid actions of the defendant.”