Hey it’s Ralph. Today I’ve decided to give you the top 10 Reasons we should replace TSA agents at airports with dogs. 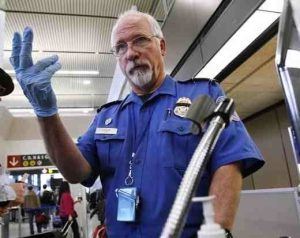 TSA Agents Should Be Replaced With Dogs

Reason Number Ten: People would look forward to getting searched at the airport because they get to play with the dogs.

Reason Number Eight: Our sense of smell can detect explosives. You can keep your shoes on.

Reason Number Seven: You don’t need to go through x-ray machines. We just smell your butt.

Reason Number Six: If we find any contraband, we just eat it and you can go on your way.

Reason Number Five: We PLAY with children in wheel chairs. We don’t scare them.

Reason Number Four:  If you’re upset and insult us, we won’t detain you. We’ll just give you a lick to cheer you up.

Reason Number Two: We don’t get excited going through your underwear.

Reason Number One: We would actually catch terrorists instead of making everyone else feel bad.