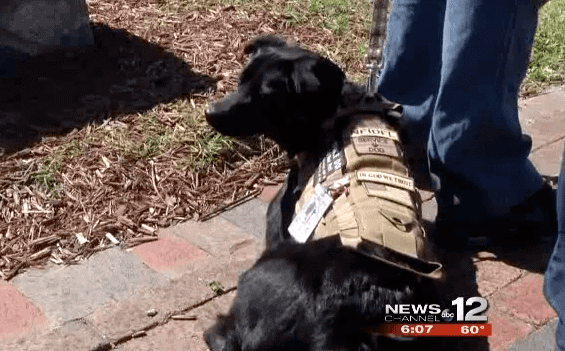 An active-duty Marine was wrongfully barred from getting food at a Morehead City, North Carolina buffet restaurant because of his service dog, Gibson. 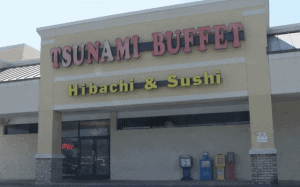 Employees at the Tsunami Buffet told a Marine he could not get food from the buffet because of his service dog, Gibson.

The Marine, who didn’t want to be identified, says he and his wife were heartbroken and humiliated when employees at the Tsunami Buffet told him he couldn’t visit the buffet because of his service dog. Barring the serviceman from getting his own food from the buffet came after he had been told to hide the dog under their table – a table they’d been given in an area of the restaurant far from other patrons.

The couple were told that the Marine would have to remain at the table with his dog while his wife went to the buffet to get his food for him.

According to the Americans With Disabilities Act, a service dog is legally permitted to go anywhere his or her handler goes, and that includes the food stations at a buffet restaurant.

The Marine has had Gibson, his PTSD service dog, since November. He and his wife had frequented the Tsunami Buffet many times without incident, but now say they’ll never return after the way they were treated.

They plan to file a complaint against the restaurant.