What should have been the best day of one shelter dog’s life quickly turned tragic after the newly adopted dog dies moments after reaching his new home. 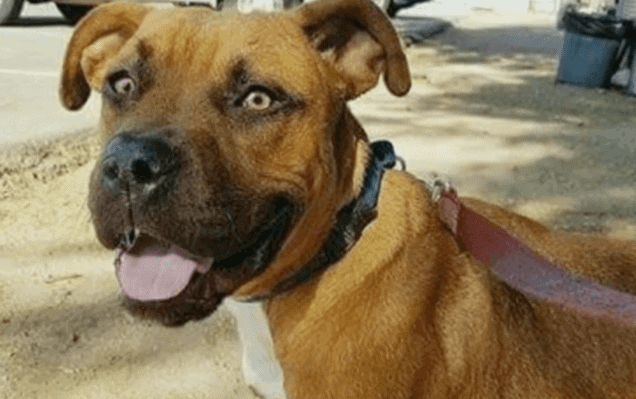 Adler’s death serves as a tragic reminder of the dangers of summer heat.

Adler was a happy, healthy, fun-loving Boxer-mix just looking for a family to love at the Maricopa County’s East Valley Animal Shelter in Phoenix, Arizona.

It seemed as though his dreams had finally come true when Adler was adopted by a family that planned to open their hearts and home to him forever.

But, shelter staff were unaware that Adler’s new family had walked to the shelter to adopt him and would be walking him the 4-miles back to his new home, despite outside temperature’s reaching triple digits – 107-degrees that day.

“For lack of a better term, just ignorance,” said Melissa Gable, a spokesperson for Maricopa County Animal Care and Control, who talked with 12 News about Adler’s death.

Adler did make it to his new home, but he collapsed shortly after arrival. The beautiful boy was dead from apparent heat exhaustion after the long trek in the Arizona heat.

Gables said the family is devastated, remorseful, ashamed that their actions, though meant with good intentions, cost Adler his life.

Many people simply don’t realize how dangerous the summer heat can be for dogs. Shelter staff hope Adler’s death serves as a reminder to dog owners not to test Mother Nature. His death will also lead to changes at the shelter, particularly in educating new adopters and ensuring they have a safe way to transport their new pet home.

In what has been a hotly contested controversial decision by Maricopa County Animal Care and Control director Mary Martin, the shelter has agreed to allow the family to adopt another dog after Adler’s tragic and avoidable death.

Though her decision was a difficult one to make, Martin believes that with education, the family will provide a safe forever home to another shelter pet.

Do you think Adler’s adoptive family should be given a second chance? Weigh in with a comment below!