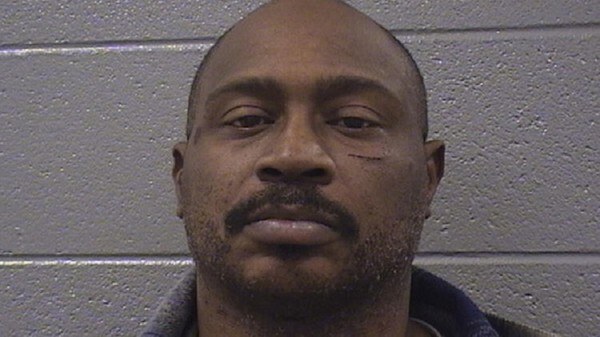 An Air Force veteran was arrested and charged with two counts of felony aggravated battery to a police officer after he allegedly struck the officer that refused to allow him to enter his burning home to save a dog that was trapped inside.

At about 2:00 on Friday afternoon, a basement fire broke out at the Chicago, Illinois home of Samuel Lee Bassett, his fiancé, and their dog.

The dog was home alone when the fire broke out, but Bassett arrived on scene as firefighters fought the blaze. Knowing his dog was inside, Bassett tried multiple times to enter the home and rescue his dog.

“They kept trying to keep him out of the building ’cause it was unsafe for him to go in,” Deputy Fire Commissioner Mark Nielsen told the Chicago Tribune. “He wanted to go in.”

After being told repeatedly to back away from the burning structure, police tried to restrain Bassett with handcuffs. As the cuffs were placed on his left arm, Bassett swung his right arm, with a closed fist, and struck the officer in the face.

The officer’s injuries were minor. The dog, sadly, perished in the fire. And, Bassett is now facing jail time for his actions.