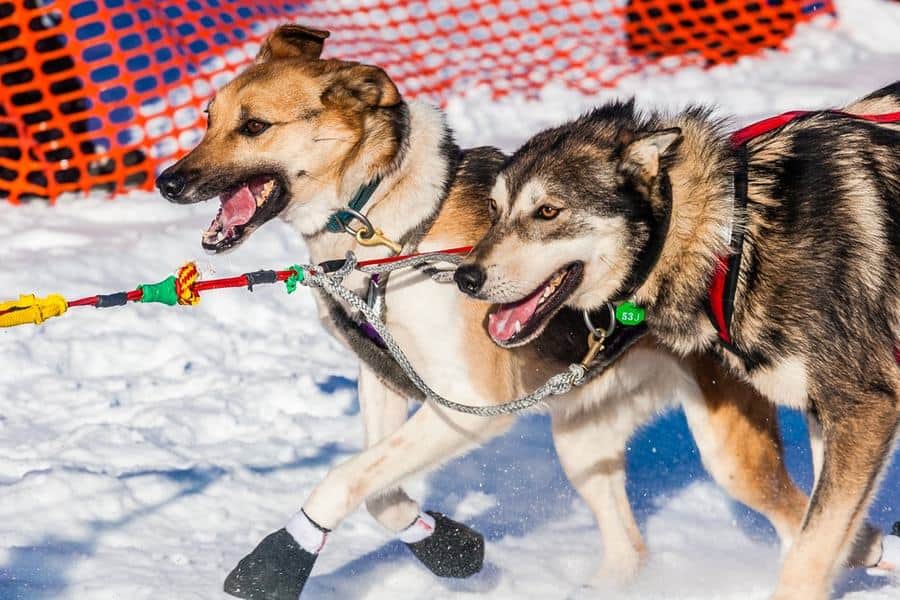 Seventy-two mushers with about 2,000 dogs set off yesterday for the nearly 1,000 mile journey across the harsh Alaskan tundra in hopes of crossing the finish line – usually about 8 days from now – in the 2017 Iditarod Trail Sled Dog Race.

Every winter since 1973, men, women, and dogs face what has become known as “The Last Great Race,” the Iditarod, pronouced “Hi-dit-a-rod” from an Athabaskan Indian word meaning “a distant place.”

Originally slated for a Sunday start this year, race officials moved both the start date and the starting line location to ensure the race would follow a safer path. Rather than starting in Anchorage, the race began about 300 miles north in Fairbanks, where weather conditions were more suitable for the race.

Racers will cross the finish line in Nome, Alaska after more than a week of crossing frozen rivers, barren tundra, treacherous paths and steep climbs while braving what is, at times, the meanest weather on earth. Temperatures during the day are considered mild at 0 degrees, averaging 20 below at night, sometimes dropping to -40 or -50 below. Plenty of rain, snow and freezing winds are expected this year. Weather can be harsh and bitterly cold, yet the dogs seem to love it.

You can watch a live video stream of the race right here! 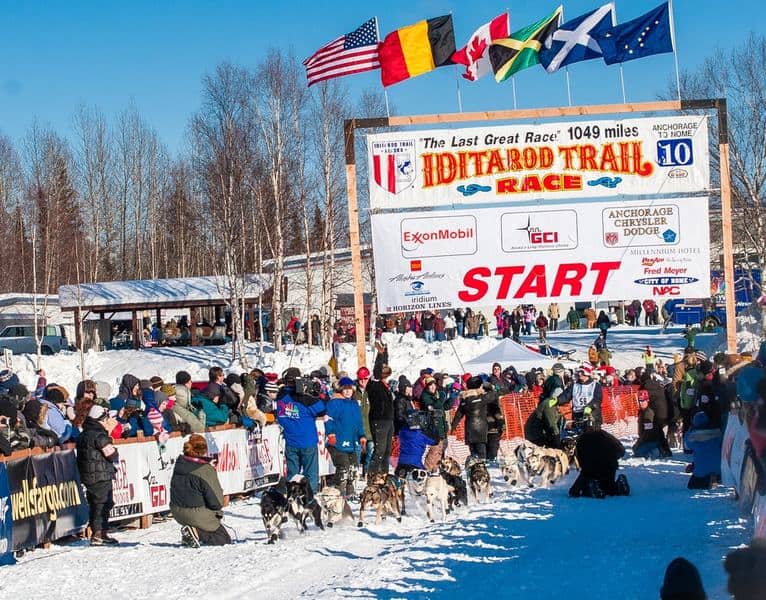 In addition to the race trail change, a new rule change allows mushers to carry satellite or cellphones during the race for the first time ever. The new rule came after a drunk man on a snowmobile charged two separate teams in what appeared to be deliberate attacks during last year’s race. One dog was killed and another injured during the attacks.

Although several breeds of dogs run the race, the most common is the Alaskan Husky, a mixed-breed with Siberian Husky stock, born and bred for their stamina against cold and their love of running. Each sled is pulled by a highly trained team of 12 to 16 canine athletes, with 4 to 6 of the team being specialists – dogs who are particularly strong under certain conditions. Two lead dogs head up the pack while the “ballast” members of the team are the wheel dogs at the very rear of the pack.

Despite the fanfare, the Iditarod remains a controversial event, with many questioning the dogs’ safety. ‘The Last Great Race’ has become big business, built on the ever popular story of man and beast challenging the extreme. Extreme sports. And along with big business and big money, comes professionalism. More veterinarians, better conditions, more regulations. But of course, there’s no way to really know what goes on prior to race day in kennels and training camps isolated in remote wilderness areas miles from public view.

However, it’s safe to say that most trainer/mushers respect the incredible abilities of these great dogs and likewise, the respect of the dogs themselves. Anyone that has watched dog sledding first hand, taken part in a sled team, or has owned one of these amazing dogs knows how much they love to work. And, while the Iditarod may have been less than safe in its early years, rules and regulations in place today ensure that the dogs are happy, healthy, and having fun!