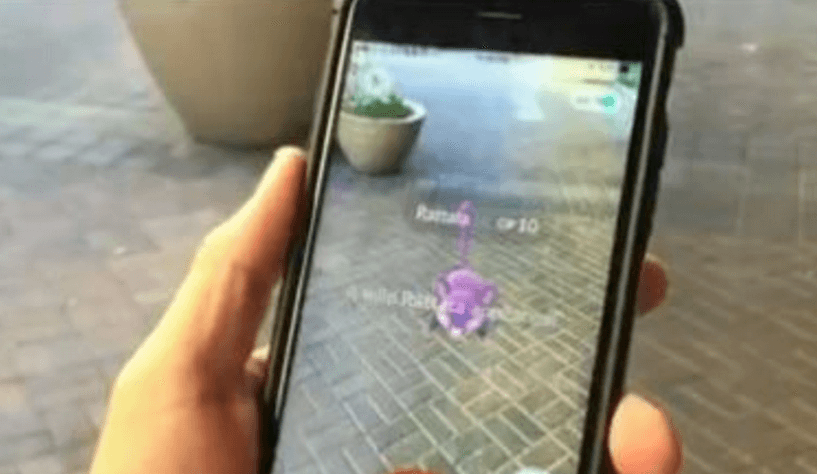 Released only a few days ago, the wildly popular Pokémon Go app has taken the world by storm – and one Indiana shelter is asking players to do a good deed while they’re out collecting characters!

Pokémon Go is a new “augmented reality” app that combines virtual characters with real-world maps through your phone’s GPS. You may have seen crowds of people (of all ages!) walking the streets, swarming local businesses, racing to collect characters scattered throughout their town.

Unlike traditional games, Pokémon Go forces its users to get off the couch and get moving. In order to collect the coveted characters, the user must physically travel to various places. So, the Muncie Animal Shelter in Muncie, Indiana had a brilliant idea – for Pokémon Go players to serve double-duty walking shelter dogs while they’re hunting for Pokémon! 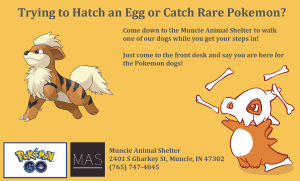 “Trying to hatch an egg or catch rare Pokémon? Come down to the Muncie Animal Shelter to walk one of our dogs while you get your steps in!” the post reads. “Just come to the front desk and say you are here for the Pokémon dogs!”

Anyone interested in helping adoptable dogs while they search for the game’s fictional creatures can due so between 10 a.m. and 5:30 p.m.