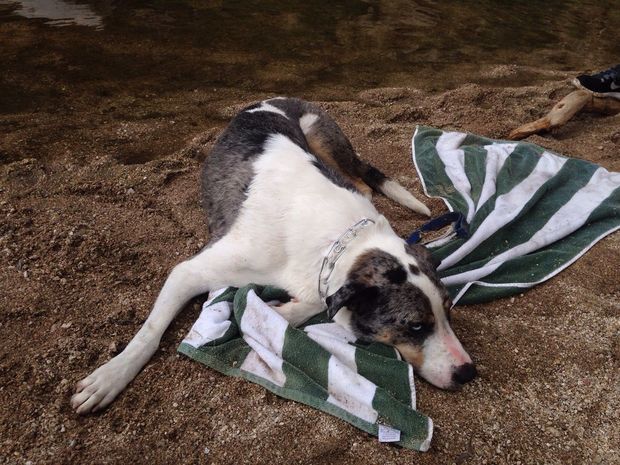 A 21-year old man was arrested on felony animal cruelty charges after his dog’s paw pads were severely burned during a hike in southern Arizona’s Redington Pass.

Cory Muckle and his dog, Ranger, were 3-miles up the trail at Redington Pass when the dog’s paw pads had become so painfully burned that he could no longer walk. 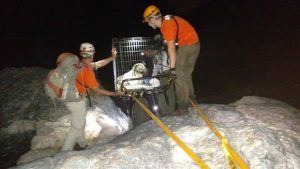 Volunteers from the Southern Arizona Rescue Association were called in to help. After putting Ranger in a foldable crate, they carried the injured dog over 3 miles of rough terrain, climbing over large boulders and wading through waist-deep water. It took the rescue crew more than 5 hours to bring Ranger to safety.

After his rescue, Ranger was turned over to the Pima Animal Care Center, but was released back to Muckle at 1:45am so that he could seek veterinary treatment, according to the Arizona Daily Star.

When hiking, dogs should be outfitted with shoes or booties to protect their paws from heat, sharp objects (like cactus spines), and insects or snakes. And, paws and paw pads should be checked periodically for injury or burns.