Police are looking for information about a dog found abandoned on a Massachusetts sidewalk. The dog, described as a “friendly little guy” and a Shih Tzu mix, was found on the side of a Hingham road, inside a crate with a blanket and toys, with a box of “stuff” including food, leash, a dog coat, and more toys. He was not wearing an ID and was not microchipped. 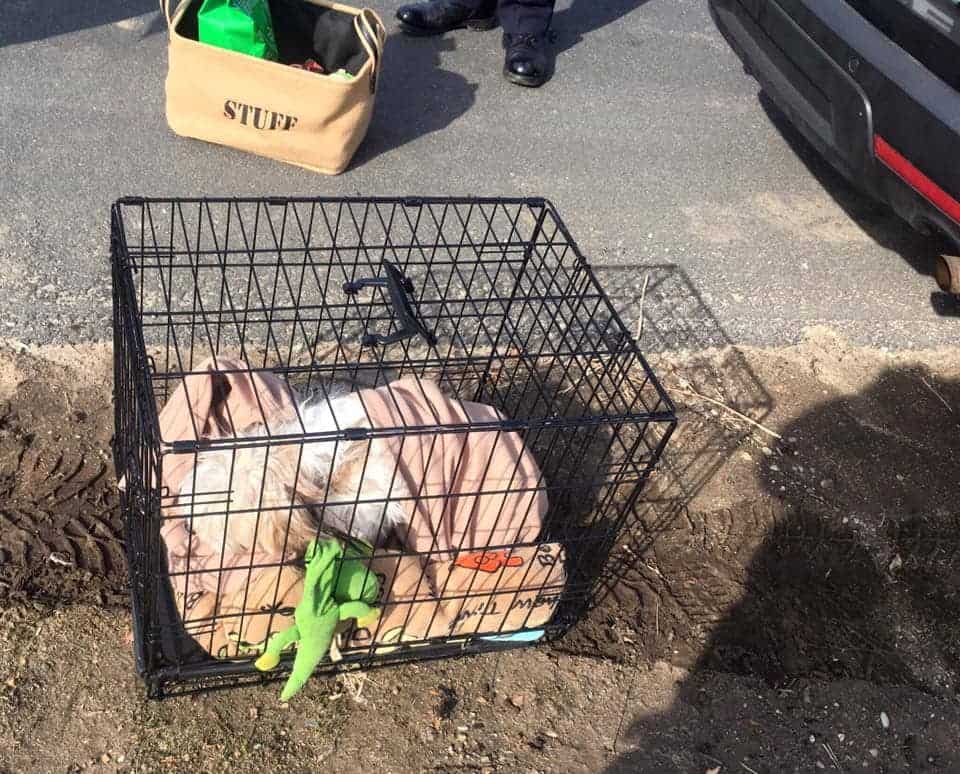 “It looks like they might have attempted to do the right thing,” said Hingham Police Sgt. Steven Dearth. “It just wasn’t done fully correct.”

Residents in the area spotted the dog just after 11am on Monday and contacted police.

“They knew that this dog was going to be helped,” May Vuilleumier, a neighbor who first spotted the dog, told CBS. “I think they wanted to do the best thing for the dog.”

Police and neighbors believe the dog’s owner had no ill-intent, but couldn’t care for their dog anymore and knew he’d be rescued in the area. However, abandoning him roadside in freezing temperatures isn’t the right way to go about finding him a new home.

The dog was taken to Boston’s Animal Rescue League where he’ll be cared for until police conclude their investigation, after which time he will most likely be placed for adoption. After posting images of the dog to their Facebook page, the Hingham Police have already received multiple offers from people willing to adopt him.

If found, the dog’s owners could face animal cruelty charges for abandoning him, but police say it’s unlikely.