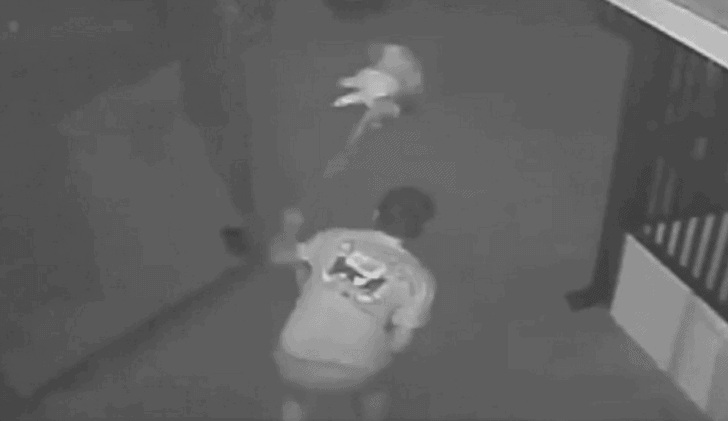 Brevard County Sheriff’s deputies arrested a Rockledge, Florida dog boarding facility worker after he was caught on surveillance video violently swinging a Shih Tzu by her leash and slamming her to the ground, breaking the dog’s leg.

Brevard County Sheriff Wayne Ivey, an outspoken advocate for animals in his county, said Joseph Pendergrass, a teenager who works at Barkingham Palace in Rockledge, was captured on video abusing the animal at the facility earlier this week. Barkingham Palace owners were unaware of the incident until they discovered the dog with severe injuries and watched surveillance video to determine what had happened to him. They immediately contacted the dog’s owners and police to report the incident and took the dog to a local veterinarian for treatment.

In a video message posted on Facebook, Ivey called the incident one of the most despicable acts of animal cruelty that he’d ever seen.

Joseph Pendergrass was arrested Thursday in connection with the animal abuse charges against him. Pendergrass was apparently attempting to flee to Georgia when animal cruelty investigators located and arrested him.

Sheriff Ivey spoke in a press conference on the details of the arrest:

Ivey felt it was important to note that, despite the potential hurt to their business, the owners of Barkingham Palace took all appropriate action to both protect and care for the dog, and to bring justice to the worker that abused her. “They’re heroes in my mind,” he said.

Pendergrass is being charged with one count of felony animal cruelty at this time. Further charges may be filed as the investigation continues.

The dog, named Lily, is expected to make a full recovery.