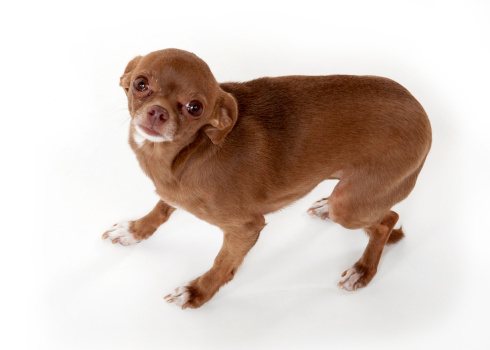 What can you tell about this dog by her posture?

Did you know that dogs, like humans, share a universal body language? This awe-inspiring way of communication is one that we humans can also understand. By learning their unique language, we can connect and communicate with our pooches far more effectively.

Uncovering the Meaning of Your Dog’s Postures

For the first in a three-part series, let’s take a look at dog’s postures and what they can mean:

1. The relaxed stance. This is often shown with his ears up yet relaxed (not forward) and his tail down. A relaxed pooch may even have his mouth somewhat opened with the tongue slightly exposed.

2. The play stance. This is usually indicated by your dog’s front end brought down and his back side held up. His tail may be upright and is usually wagging. The dog’s ears may also be erect and his mouth slightly opened with the tongue showing. 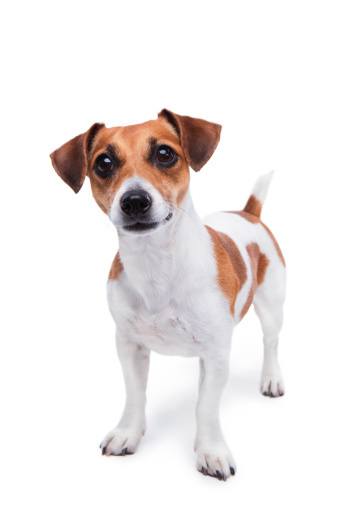 3. The submissive stance. Submission is most obvious when the dog lies on his back or on his side as he raises his legs to expose the throat and belly. He might avoid eye contact while his tail is seen between his legs, not to be mistaken as fear. The corners of his mouth as well as his ears and hair will be drawn down and back.

4. The scared stance. This is easily identified when the dog refuses to look at you directly for a long time. To make himself small and appear unimposing, his body will be lowered with the ears back, corners of the mouth pulled back, and the tail down. The dog may even lick you and try to raise a paw.

5. The alert stance. This is normally signified with the ears up and forward, mouth closed, and the tail straightened out, though not stiffened. The dog’s legs may be tensed as he leans slightly frontward. Fido may also be seen raising and then lowering his head.

6. The defensive stance. This is readily recognized when the dog’s body is lowered with the ears pulled back and the tail in between his legs. Their hair might stand on end, indicating his leaning to aggression in an effort to protect himself.

7. The aggressive stance. This is commonly shown by the prickling hair most obvious in the dog’s shoulder area and the tail upstretched. Fido’s nose may be wrinkled and his teeth bared. His ears will also be high and forward, with the stance going a little frontward. Barking and growling may even be observed. Never approach this dog and try to turn away as eye contact can be misread as threat.

Understanding your dog’s posture is an excellent way of gauging what he’s trying to communicate, especially when combined with an understanding of the language of a dog’s tail and head. Come back tomorrow for Part Two: Your Dog’s Tail, followed by Part Three: Your Dog’s Head.