A Massachusetts dog owner was fined $150 after leaving her dog locked inside a hot car for more than 40-minutes while temperatures inside reached up to 120-degrees. 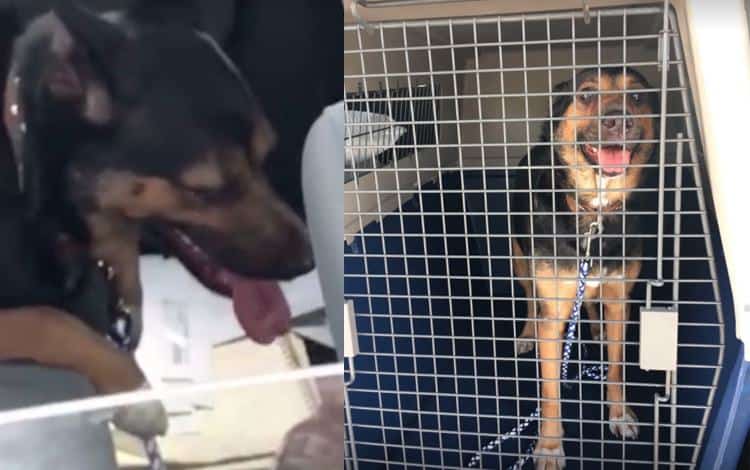 It’s an act that’s become far too common in the scorching heat of summer. Despite repeated warnings, pet owners continue to leave dogs locked in hot cars where they can very quickly succumb to heat exhaustion, stroke, and eventually death.

Such was the case on Wednesday afternoon when, around 1:00pm, Auburn, Massachusetts Police were called to the Auburn Shopping Plaza to rescue a distressed dog trapped inside a parked vehicle.

Unable to locate the dog’s owner inside the plaza, police called Animal Control to the scene.

“When I arrived on scene, the dog, ‘Chloe,’ was in the backseat of the car panting heavily and breathing rapidly, which are signs of overheating in dogs,” Auburn Animal Control Officer Aimee Contois told CBS.

There was a bowl with about an inch of water located on the floor of the front passenger side of the vehicle, but Chloe’s rope leash was wrapped around the seatbelt, preventing her from accessing the water.

The vehicle was unlocked, so police eventually opened the door and rescued the Shepherd-mix. After 40-minutes of shopping while her dog was unattended in the car, Chloe’s owner Nancy Willard finally returned.

Do you believe a $150 fine is adequate to prevent dog owners from leaving dogs trapped in hot cars? Weigh in with a comment below!