An Oklahoma dog owner busted her own dog at the McDonald’s drive-thru, pretending to be a hungry stray to scam free burgers from compassionate patrons. 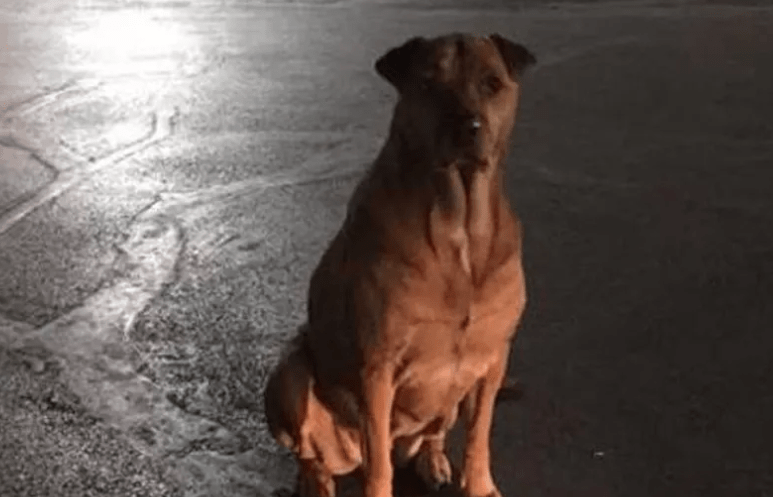 Dog owner, Betsy Reyes, of Oklahoma City caught her dog, Princess, sneaking out at night to scam free burgers from drive-thru customers at a nearby McDonald’s by pretending to be a stray.

“If you see my dog @ the McDonald’s on Shields, quit feeding her fat *** bc she don’t know how to act & be leaving the house all the time to go walking to McDonald’s at night,” Reyes wrote on a now viral Facebook post. “She’s not even a stray dog.”

Reyes caught Princess in the act when she discovered her dog had gotten out and headed to a nearby McDonald’s to find her.

When she arrived, she saw Princess walk up to a patron’s car and wait patiently for the kind-hearted woman to toss her some food before heading to the next vehicle in line.

She pulled into the line and, as if on cue, Princess approached, apparently looking for a tasty handout. When the dog recognized her owner, she wagged her tail, then backed up and moved along to the next car in line.

Animal behaviorist Corey Cohen laughed when he heard about the panhandling pooch. “It shows that dogs are far more intelligent and their behavior is more complex than simple ‘stimulus/response,’” he told The Huffington Post. “That’s why we need to treat them as friends and not machines.”

After the posts went viral, several amused viewers suggested Princess dress as the Hamburglar for Halloween!