A beloved dog suffered horrific injuries at the hands of airline personnel after escaping her travel kennel and the airplane’s cargo hold, then running loose on the tarmac for more than two hours. 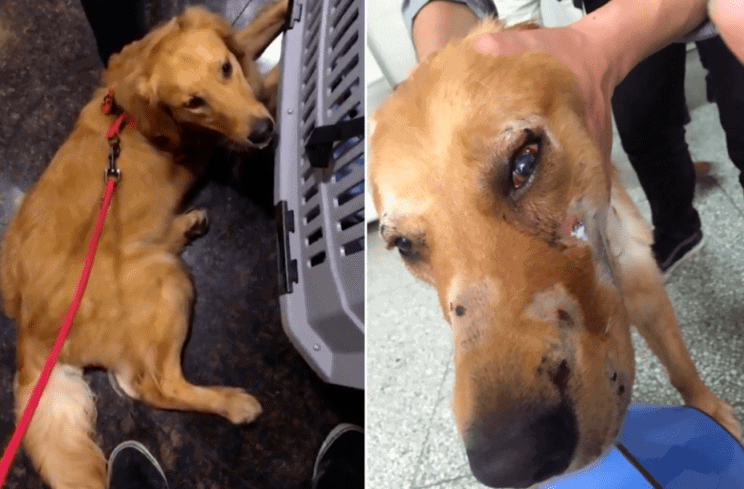 A Golden Retriever sustained horrific injuries to her body and eyes after airline personnel used excessive force to capture her from the tarmac. (Asia Wire)

The Golden Retriever, named Er Mao, had traveled with her owner on a China Eastern Airlines flight from Shanghai to the Wuhan Tianhe International Airport when she somehow escaped from both her travel crate and the plane’s cargo hold, and began running loose on the airport’s tarmac. 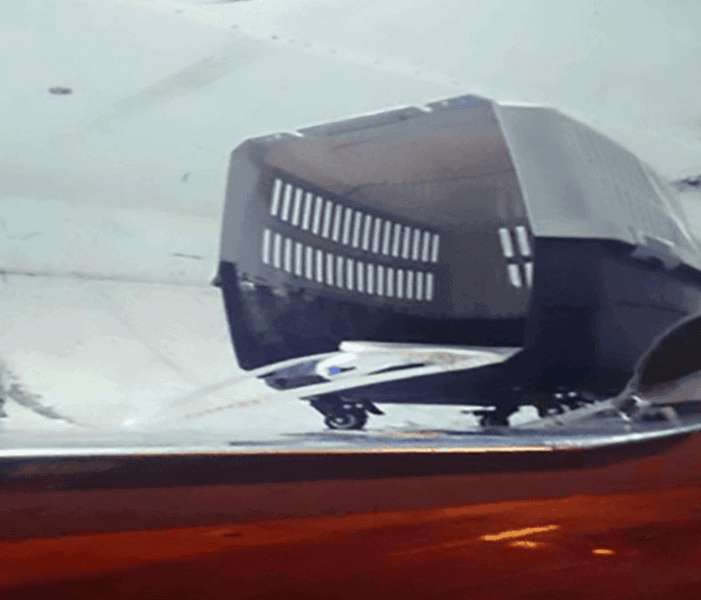 It is unclear how the dog was able to escape both her travel crate and the plane’s cargo hold before running loose. (Asia Wire)

In a post on the Chinese social media site, Weibo, the dog’s 23-year old owner shared that the Golden retriever was discovered missing after the flight landed in Wuhan.

“I was very worried because I remembered reading about cases online of dogs being beaten to death after escaping,” the dog’s owner wrote. “I asked the airport staff what to do, would it be beaten? The reply was not to worry, airport staff will not hit the dog and they would help to find it.”

After searching for more than 40 minutes, airline employees returned Er Mao to her owner inside a large net, presumably used to capture her. That’s when her owner discovered the dog had been severely injured, covered in small cuts and puncture wounds and bleeding from her eyes. Airline personnel initially told the dog’s owner that she must have fallen from a platform and sustained the injuries to her face and body.

“I was extremely angry and disappointed,” Er Mao’s owner wrote. “This was like having my own child hit and having the aggressors shirk the responsibility. I had no energy to argue with them, I quickly sent Er Mao to be checked. Its fur is long and hid its injuries.”

The dog’s owner rushed her to an emergency veterinarian for treatment. The dog’s injuries suggest that airline staff used either a spiked whip or fired an airgun at the dog in their attempt to capture her. The dog’s injuries were not consistent with falling from a platform as the owner was told. 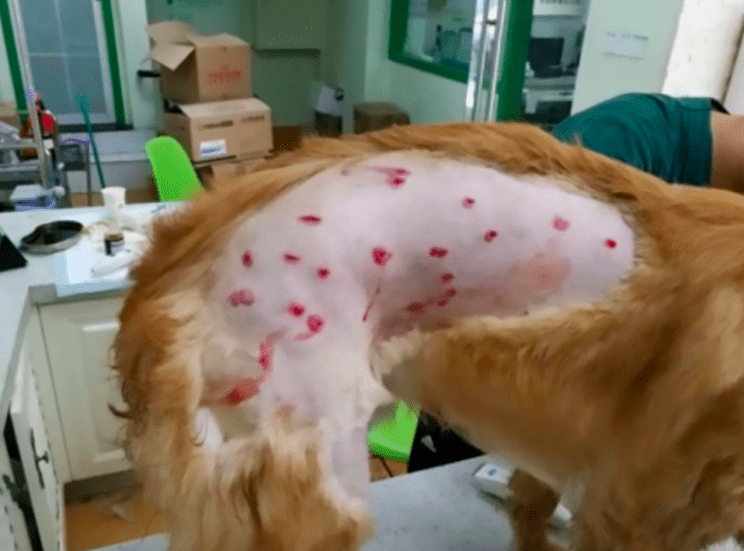 Er Mao was returned covered in dozens of small puncture wounds that covered nearly all her body. (Asia Wire)

Although the airline eventually accepted responsibility for Er Mao’s injuries and compensated her owner for veterinary expenses, they have not explained how the injuries occurred.

According to the South China Morning Post, the airport issued a statement saying that the animal was restrained under its emergency response measures.

“In order to prevent the dog from running loose on airport runways or car parks, which could result in severe causalities, airport employees carried out restraining measures based on aviation laws and regulations,” the statement said.

Er Mao is currently undergoing treatment for her multiple injuries. She is at risk of blindness due to injuries to her eyes.