An investigation is underway after a Sebastian, Florida Police K9 died in his handler’s hot patrol car. If found negligent, the officer handler could be facing animal cruelty charges. 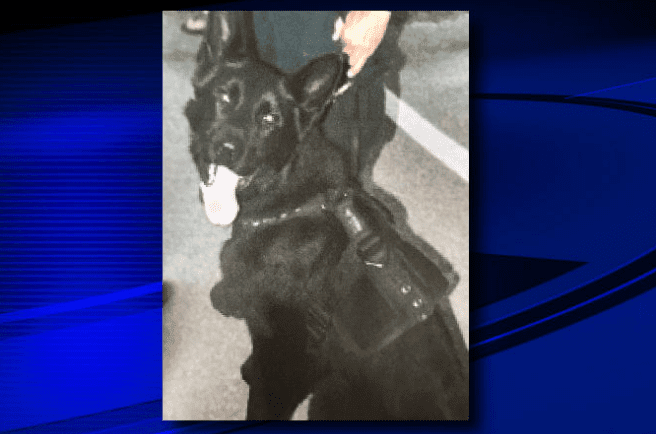 A necropsy is being performed to determine the exact cause of Diesel’s death. Photo Sebastian Police Dept.

Diesel had only been with the Sebastian Police Department for about a year when his handler, whose name has not been made public, went to a court hearing at the Brevard County Courthouse in Melbourne, Florida sometime during the day on Friday.

The K9 was left unattended in the vehicle while parked outside the courthouse for a yet undetermined length of time. The officer’s patrol vehicle, an SUV provided by the department, is reportedly equipped with air conditioning and heat sensor equipment to protect the dog inside.

An emergency call to police was made at approximately 7:30pm from the officer’s home in Melbourne. When police arrived, Diesel was found dead in the officer’s SUV patrol car.

The high temperature outside on Friday was 88-degrees, but temperatures inside the car could easily have reached as high as 130-degrees in only an hour.

“I don’t know what the circumstances were in this situation, we will find out during the investigation,” said Commander John Blackledge of the Sebastian Police Department.

Police added that they believe Diesel’s death was accidental, but an investigation by both Melbourne Police and Brevard County Animal Services is ongoing, after which an internal investigation will be conducted by Sebastian Police.

“It’s a sad, sad situation, because K9s put their heart and soul into working with us and give us everything,” Melbourne Police Lt. Chery Trainer said. “It’s devastating for anyone, so our hearts go out to Sebastian.”

Police will report their findings to the State Attorney’s Office to determine if animal cruelty charges are filed.