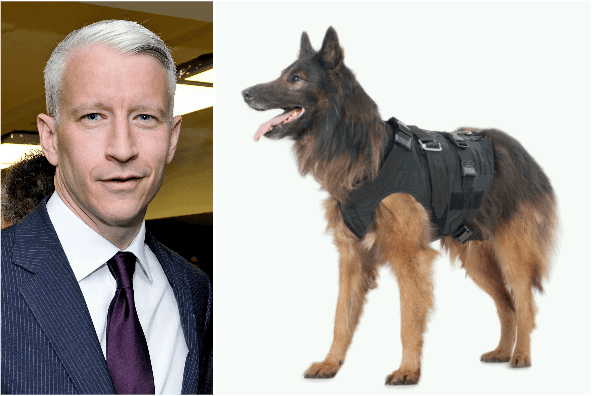 Four days after a Norfolk, Virginia police dog was shot and killed in a standoff between police and a man who’d barricaded himself in his home, CNN News anchor, Anderson Cooper, donated funds that the Norfolk Police Department will use to outfit all 18 of their working dogs with ballistic, bulletproof and stab-proof, vests. 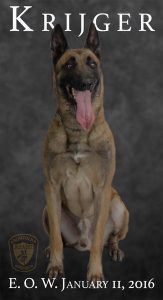 Had Krijger been wearing a vest during the incident on January 11, there’s a very good possibility he would have survived.

A long-time supporter of military and veteran causes as well as an avid dog lover, Cooper tweeted shortly after Krijger’s death that a former SEAL was raising funds to outfit working dogs with vests.

The news anchor then donated enough to buy each and every Norfolk dog a vest to wear in the line of duty, including enough extra to provide vests for additional Virginia K9 units. At a cost of about $2,200 apiece, Cooper’s donation was substantial and very much needed.

The cable TV host “wasn’t keen on me publicizing his donation,” explained former SEAL Jimmy Hatch, who created the charity to help working dogs, “but I told him I was going to do it anyway. He’s such a good dude. And genuine.”