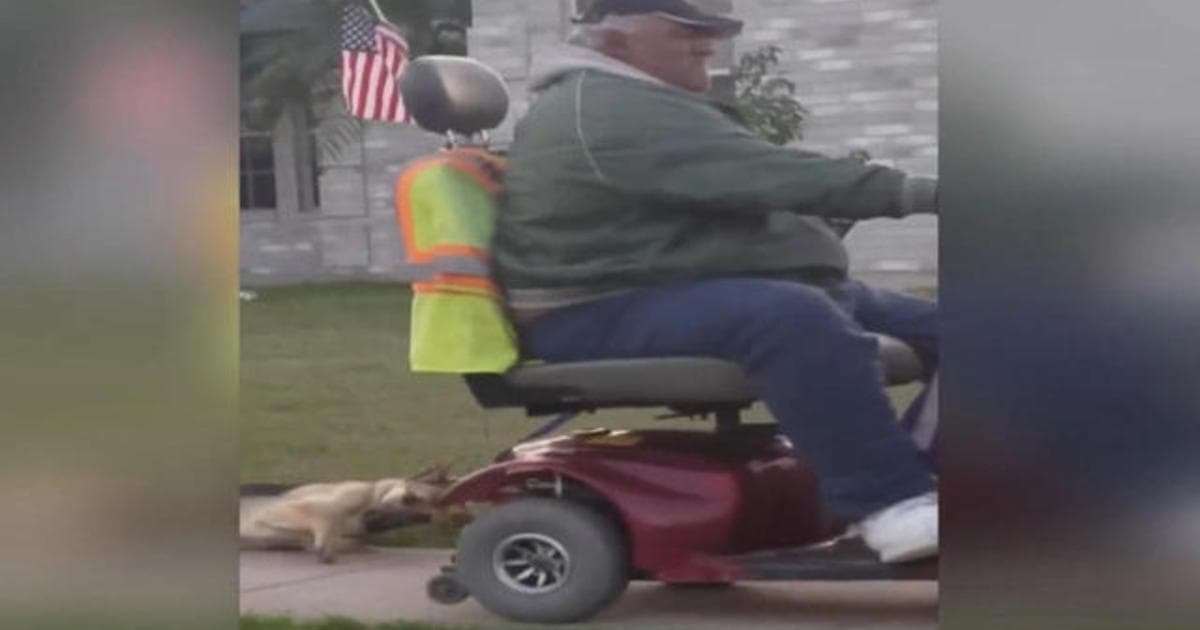 Last week, a viral video recording of a man dragging a limp, struggling German Shepherd behind his motorized wheelchair prompted an investigation that ultimately led to the man’s arrest and a new home for the dog.

Mission, Texas resident Melissa Torrez saw the man dragging a struggling German Shepherd by a leash around her neck through the neighborhood and stopped to confront him. When the man refused to stop, Torrez began recording video. In addition to posting the video to Facebook, she – along with hundreds of concerned animal lovers that saw the video – contacted Mission Police. Torrez says the man dragged the dog for at least two blocks.

You can see the viral video below. Please be aware, this video may be disturbing to some viewers.

Following the release of the video, Mission Police located the dog’s owner, 59-year-old Mario Cardona, and arrested him on animal cruelty charges. The dog, named G2, was removed from the Cardona residence and placed in the care of Mission Animal Control.

At a court hearing, Municipal Court Judge Horacio Pena Jr. ruled that G2 would be made available for adoption. During the hearing, Cardona’s wife Rosa Maria Cardona, testified that she was the sole owner of the dog and was not aware her husband had taken her outside of the home. She said her husband suffered from depression and PTSD.

Mission Animal Control testified that G2 was underweight, that her ribs were showing and she was “very skinny,” to which Rosa Maria explained the family’s three other dogs were stealing her food. The dog has also not been vaccinated because, Mrs. Cardona testified, they cannot afford it.

Cardona is being held in Hidalgo County Jail on $10,000 bond. At this time, the three remaining dogs in the home are still in Mrs. Cardona’s care. Mission Animal Control is keeping G2’s adopter private and did not say if she will remain in the area.