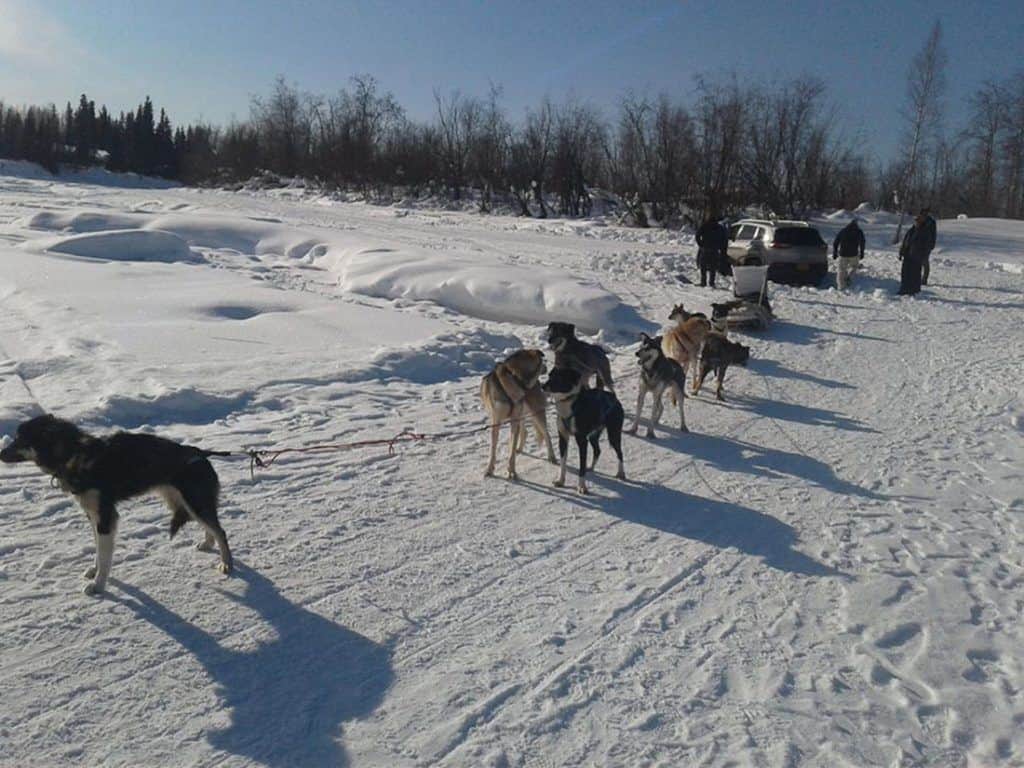 Musher Neil Eklund and his son, Lauro, along with their 9 sled dogs were returning from giving a dogsled tour on Alaska’s Chena River when they saw a silver SUV stuck in the snow.

After dropping their tour group, the Iditarod alum (Eklund ran the famed sled dog race in 1981 and 1983) and his son along with their sled dog team returned to the stranded tourists to lend a hand (and a few paws).

“We had some people on a tour down past Pike’s, and on the way back, there were some tourists in a rental car,” he explained to the Fairbanks Daily News Miner. “There was about 4 feet of snow there, so after we dropped off the people riding with us, we came back, hooked up to the car and helped them pull it out.”

Although Eklund had never pulled a car out of the snow before, he knew his dogs had the strength and skill needed to complete the task.

“We all tugged and pushed,” he said. “The dogs had a lot of fun with it. When you have them all synced in unison, they can really pull.”

Neil and Lauro Eklund operate Skookum Expeditions, offering Alaskan wilderness tours by dogsled to adventurous tourists in Alaska. Lauro is hoping to follow in his father’s mushing footsteps, currently training to run the Yukon Quest and the Iditarod.

Eklund noted that the tourists they rescued from the snow were lucky all they did was get stuck. In recent years, cars have fallen through the ice. Sightseeing in the area can be quite dangerous without a guide. But, he noted, “at least it’s a good story for them to tell when they go back home.”