A Washington man was arrested Monday after a dog found shot with an arrow, led police to surveillance video footage from a nearby archery range. 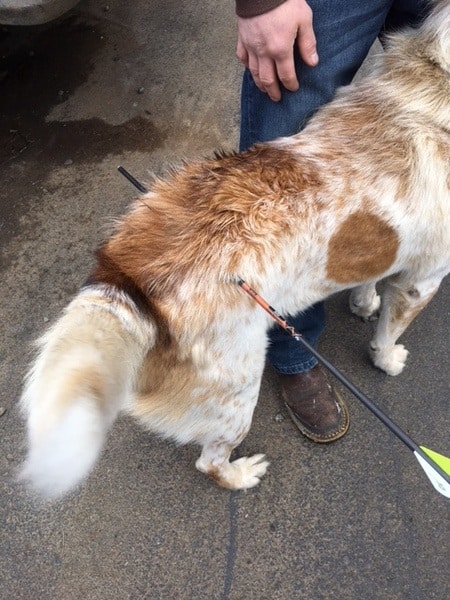 The dog, named Dozer, is doing well, despite the arrow piercing all the way through his body after entering near his right hip and exiting the left.

Dozer’s owner discovered his dog with an arrow through his body on Sunday, prompting police to review surveillance video recorded at the Grays Harbor Bowman’s Club, a nearby archery range.

A 50-year old man, whose name has not been released, was arrested on first-degree animal cruelty charges after video footage showed him intentionally shooting Dozer from about 40-yards away. He was the only person at the archery range at the time.

A veterinarian removed the arrow and is treating Dozer’s injuries. He is expected to make a full recovery.