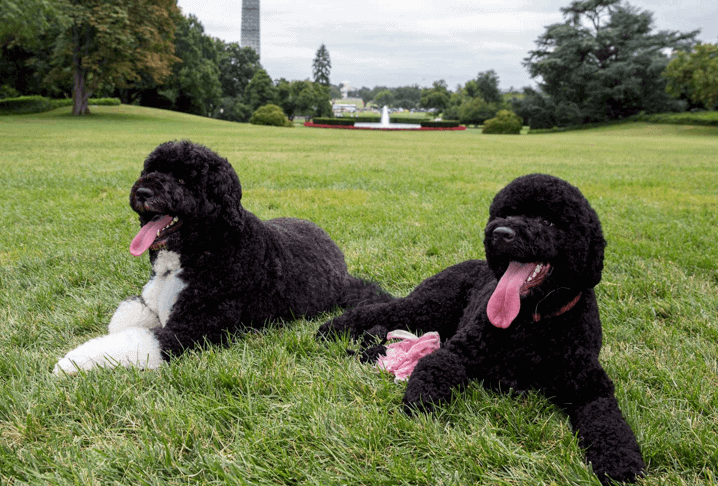 A North Dakota man was arrested in Washington D.C. on Wednesday after allegedly plotting to kidnap one of the president’s Portuguese Water Dogs, Bo and Sunny.

According to POLITICO, Scott Stockert, 49, was arrested after Secret Service agents learned of his plan. When he was stopped, Stockert had driven from North Dakota to Washington D.C. to carry out the dognapping scheme. A search of his car revealed two unregistered guns, a 12-gauge shotgun and a bolt action rifle, along with over 300 rounds of ammunition, a machete, and a billy club.

Stockert was charged with illegally carrying a rifle or shotgun outside a home or business.

Stockert also claimed to be the son of Marilyn Monroe and John F. Kennedy, told agents he was headed to the capital to purchase health insurance, and to announce his plans to run for President. He later told agents he was Jesus Christ.

Stockert was released into high-risk supervision while awaiting a court date. His has also been barred from owning any real or fake weapons and from being in close proximity to the White House, the Capitol, and surrounding areas.