After the shocking backyard shooting of two emotional support dogs by a police officer responding to a false alarm, the Minneapolis Police Chief issued a statement promising to pay veterinary bills and implementing mandatory training for officers. 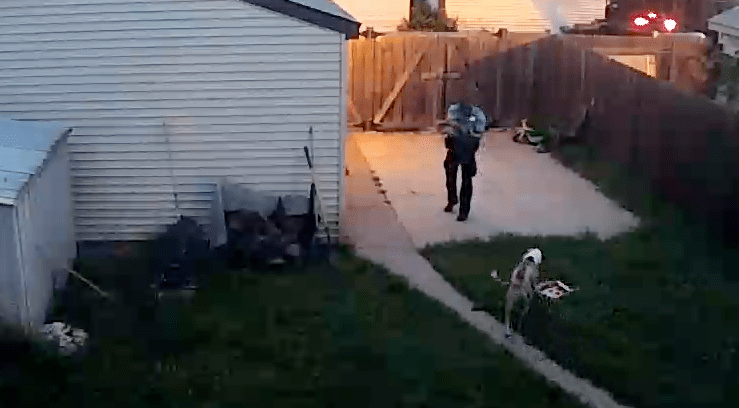 “I’ve watched the video, and as someone whose family has included dogs most of my life, I can say that it was difficult to watch. This was an outcome that no one wanted. I’ve asked for an Internal Affairs use of force review. We are reaching out to the family to help them with the veterinary care bills to ensure that both dogs are adequately taken care of. To help us prevent similar outcomes in the future, we will be implementing updated mandatory training specifically for officers identifying effective tools and tactical strategies with police and dog encounters. We want both our officers and all our community members to be safe.”

Before the shooting, Minneapolis Police had no training or policies in place for how to handle dog encounters. With about 45% of U.S. homes having a dog, police are about as likely to encounter a dog as they are not to. With that statistic in mind, Minneapolis Police – and every other police department in the country – should have already had training and protocols in place.

In Minneapolis, at least, dog encounter training will now be mandatory. But, that’s not enough, says LeMay’s attorney, Mike Padden.

“As far as we’re concerned, it’s a crime to file a false report. And there should be a criminal prosecution if in fact that happened,” he told KARE, adding that LeMay is considering filing a lawsuit in federal court against the officer.

The Minneapolis Police Department Internal Affairs Unit is currently investigating the shooting, including reviewing the officer’s body cam footage to verify or refute his account of the event.

“We are aware of the recent incident involving MPD officers responding to an audible residential burglary alarm and while at this call an MPD officer discharged their firearm, striking two dogs belonging to the homeowner. Anytime an officer discharges their firearm in the line of duty there is an investigation that is completed by the Minneapolis Police Department’s Internal Affairs Unit. We are in the process of reviewing the video posted online, as well as the officer’s body camera video. We have reached out to the owner of the dogs and will continue to do so during the investigation. At this time there is no further information we can release.”

Both dogs, Rocco and Ciroc, survived the shooting, but are undergoing extensive medical treatment and surgeries as a result.