A chocolate Lab was reunited with the family that missed him for two years – and it’s all thanks to his microchip! 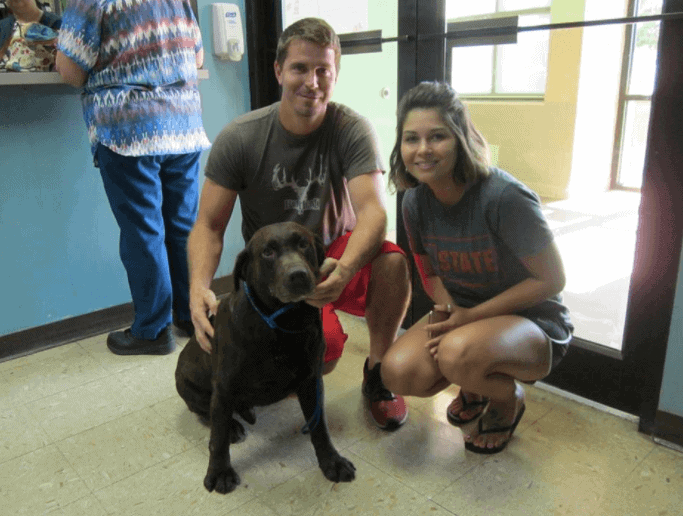 Mousse, a chocolate Lab, disappeared from his Pawnee County, Oklahoma home in 2015. Despite an exhaustive search, the Kotzer family were unable to find their beloved pup.

Then, on Thursday, they got the call they never expected – Mousse had been found!

A good Samaritan had spotted the dog dodging traffic in Tulsa. After attempting to locate an owner nearby, she posted to social media and took him to her family’s veterinarian to scan for a chip.

Unfortunately, the veterinarian did not find a microchip when they scanned the dog and, after no leads turned up, she took him to the Tulsa city shelter, in hopes that his owners had searched there.

The shelter scanned again and found the microchip registered to Grant Kotzer.

Kotzer arrived at the shelter for the tearful reunion that very same day. And, he said, Mousse hasn’t forgotten his family or his home, posting video of the happy dog playing in his pool again.

Let this incredible, unexpected reunion serve as a reminder to have your dogs microchipped and to keep the registration current and updated!