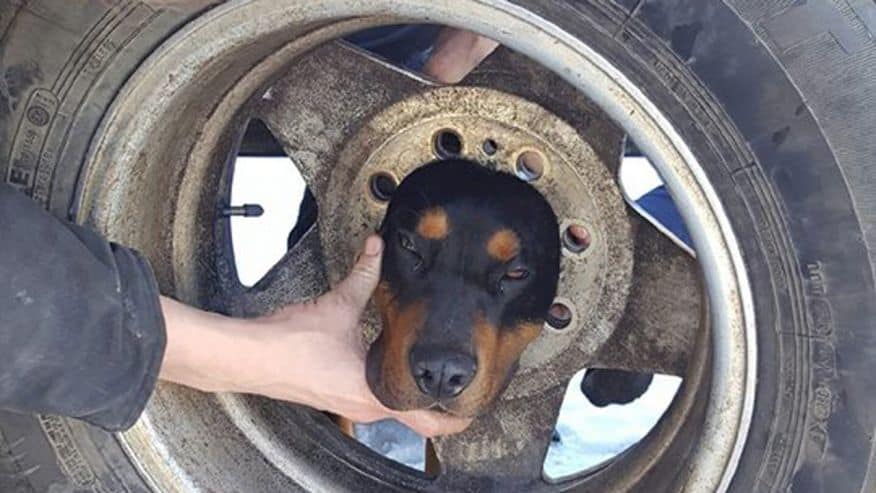 An 8-month old curious Coonhound named Blaze found himself in a precarious situation after sniffing around some old tires landed him in trouble!

Blaze’s owner returned home after being away for a few hours to find the puppy with his head stuck firmly in the center of an old tire and wheel. He took the pup to his veterinarian who contact the Butte-Silver Bow Fire Department for help with the unusual rescue.

Firefighters were able to free Blaze with “a lot of coconut oil, patience, a lot of ear tucking, and some powerful skin-pulling,” in addition to “Firefighter Zach Osborne’s brute strength.”

Blaze suffered some minor neck swelling an irritation, but is otherwise just fine. Officials said they hoped it was a “valuable lesson for young Blaze” and they won’t need to respond to additional “menacing incidents” with the puppy.