When Kiah was brought into the shelter, she’d been abused and abandoned. Little did she know, she’d soon become New York’s first Pit Bull K9 officer! 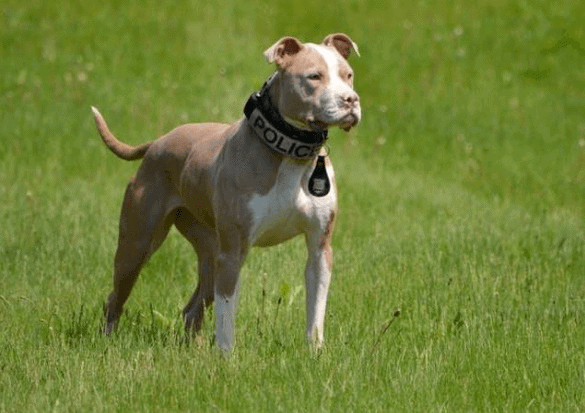 When Brad Croft, the operations director for UniversalK9 – an organization that trains dogs and members of police and SWAT teams to become a successful K-9 Unit, visited an animal shelter in Kirby, Texas, a sheepish, but strong pit bull caught his eye.

Kiah was recovering from a brutal injury to her skull, as she’d apparently been beaten with a hammer before being left to die.

Amazed at her will to live, her great demeanor, and willingness to trust humans despite what had been done to her in the past, Croft took her home to San Antonio to begin training her to be a police dog.

After 8 weeks of training, Kiah proved to be exceptional. “If we were to have some kind of contest, she would outwork [the other dogs] all days of the week,” Croft told WREG. “This dog is crazy good.”

With perfect timing, the City of Poughkeepsie Police Department contacted Croft looking for a K9 officer to add to their team. They were introduced to Kiah. 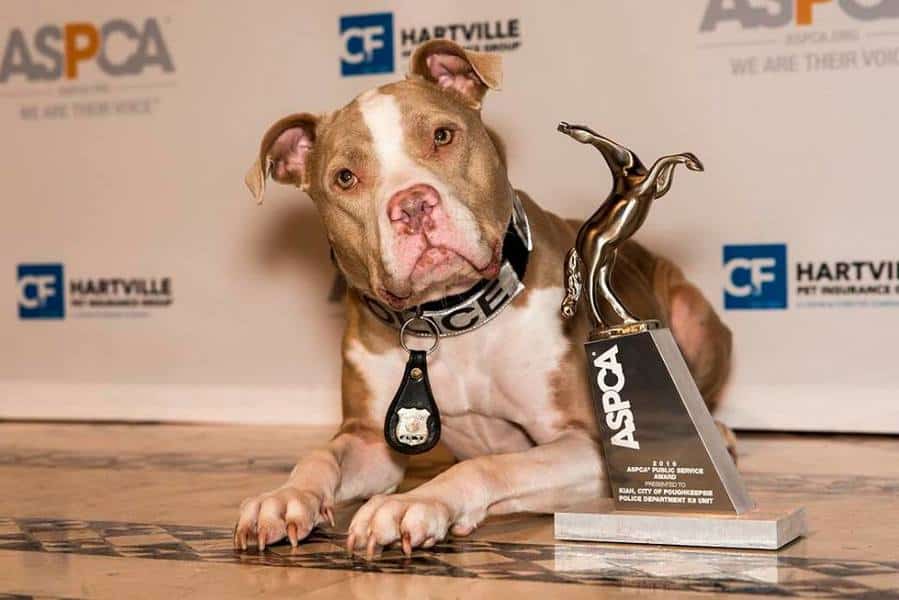 Since his success with Kiah, Croft has helped match 20 rescued Pit Bulls with police departments across the country.