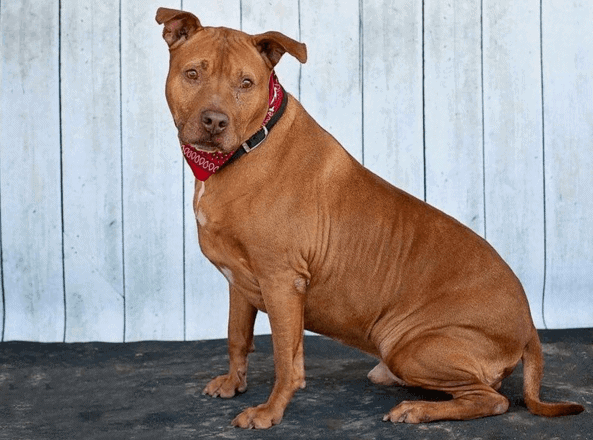 Rock, a 5-year old Pit Bull and a shelter favorite, was brutally beaten at the shelter by an off-duty deputy.

And this all happened just moments before the deputy left the shelter with a newly adopted dog.

On Saturday, the MCSO deputy and his family were at the Montgomery County Animal Shelter in Conroe, Texas to adopt a dog. No shelter staff were present, and no one can explain why or how three dogs were all in the shelter’s exercise area with the family at the same time. 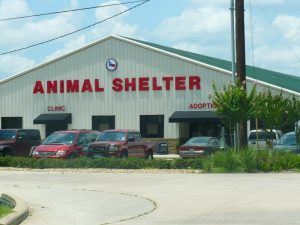 When the three dogs began fighting, the deputy allegedly picked up a 2×4 and began beating the dogs in an attempt to stop the fight. Shelter staff cannot explain where the board used to beat the dogs came from.

One of the dogs involved, Rock, a 5-year old Pit Bull and a staff favorite, was beaten so severely that he suffered irreparable neurological damage and had to be euthanized. The two other dogs were described as “seriously injured” in the attack.

Volunteers at the shelter told The Courier that Rock was good tempered and non-aggressive. One volunteer, who asked not to be identified, said Rock had been at the shelter for about three months and had never been involved in any other incidents with dogs or people.

After the incident, the deputy was allowed to adopt another dog.

MCAS Director Dr. Todd Hayden said the front desk personnel who were processing the adoption paperwork were unaware of the situation unfolding at the back of the shelter.

“We are aware of allegations of animal cruelty against a customer or client at the Montgomery County Animal Shelter that was involved where he allegedly struck one or more dogs requiring at least one of the dogs to be euthanized,” said District Attorney Brett Ligon, who added that the investigation is preliminary.