An off-duty police officer saw smoke pouring from a North Carolina home. After calling 911, he noticed a dog looking out the window at him. Without waiting for first responders to arrive, the heroic officer took matters into his own hands to save the dog from the burning home. 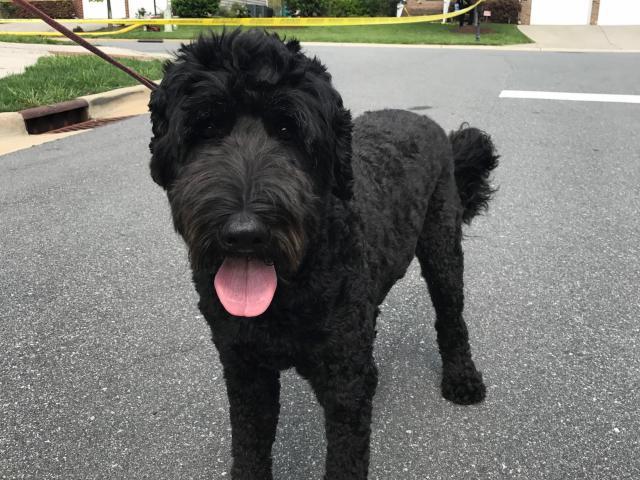 Durham, North Carolina police Cpl. Dante Ferrell was on his lunch break when he saw the smoke. Recognizing that it wasn’t coming from a backyard bbq or someone burning leaves, Ferrell rushed toward the smoke.

When he arrived, the second story of the home was engulfed in flames.

“I went to the door, saw the dog looking back at me out of the window, and, you know, went ahead and called it in on the radio,” he told WRAL.

Then, without hesitation, the heroic officer kicked in the door to save the dog trapped inside.

“I work in Internal Affairs, so I don’t have boots on. I kicked the door with some 2-year-old dress shoes, so I felt more of it on my foot than I liked,” Ferrell said. “I had to kick it two or three times. My biggest concern was whether or not the dog was going to bite me once I kicked the door.”

Ferrell was able to safely rescue the dog and check that no one else was home. He later learned that he actually knew the family whose four-legged member he’d saved; their boys play little league together.

The family are devastated by the near total loss of their home, but eternally grateful that the heroic officer was there to save their furriest family member and call authorities so quickly.