When Oscar, a Golden retriever with an incredible talent stepped paw on the America’s Got Talent stage, it wasn’t long before the singing dog wowed the audience. 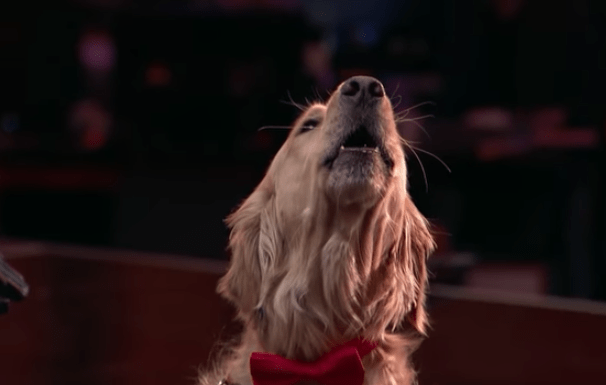 Not only is 3-year old Oscar on key, the pup has vibrato! Watch:

Pam said she first heard Oscar singing over a year ago while she was playing the piano at home. Over time, she worked with him, helping him hone his skill and perfect his craft.

Pam says Oscar hasn’t started writing his own music yet, but she has a feeling he someday might!