Ziva and Zeus, a pair of German Shepherds from Medical Lake, Washington, are the 2018 recipients of the 10th annual Hambone Award®, honoring the most unusual pet insurance claim of the year after they went missing for 21 days and were found inside an abandoned missile silo. 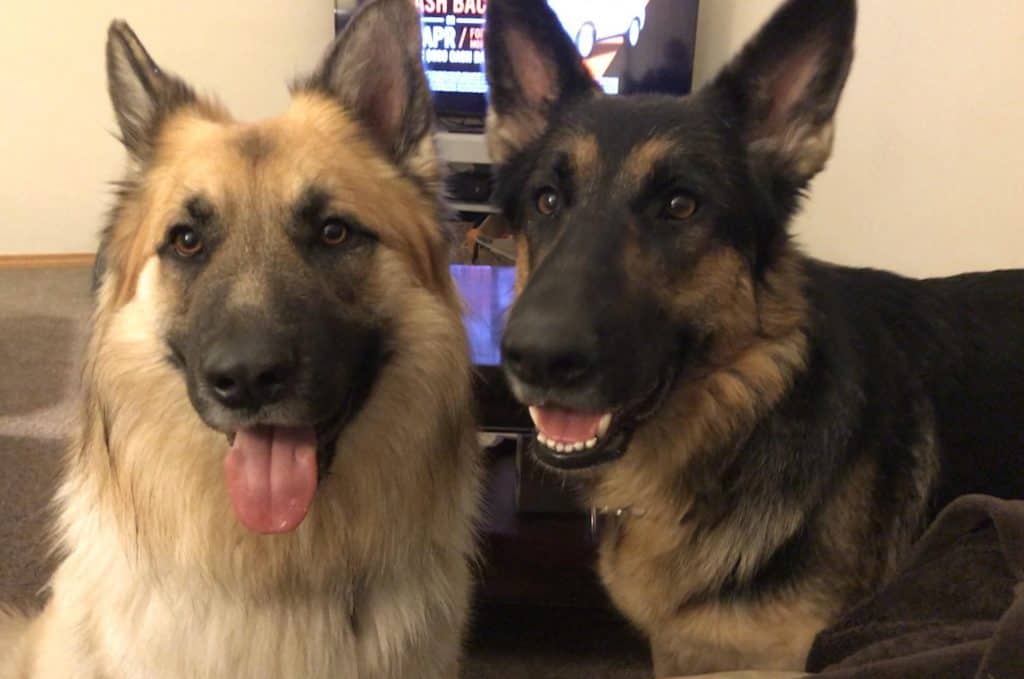 After graduating from nursing school in 2015, Jessica Donges and her husband welcomed their first dog into their home, a German shepherd puppy they named Ziva, after a character on their favorite show, NCIS.

“Ziva was an amazing puppy, and we knew immediately we wanted another dog,” said Jessica. “About a year later I surprised my husband with Zeus for his birthday. Ziva was hesitant about Zeus in the beginning, but soon after they became best of friends.”

The day of the incident, Ziva and Zeus were playing together outside when they discovered a hole in the backyard fence. Being curious, they went to explore the unknown.

“I was at work when they got out and received a call from my husband telling me the bad news,” said Jessica. “I came home immediately and we started looking all night for them. By the end of the night with no sign of them, I was hysterical.”

Holding onto hope that the duo was nearby, the couple did everything they could to find their dogs. Jessica made posters and flyers to hang up around town, and used social media to spread the word. With help from her family and the community, Jessica was confident she would be reunited with her missing pups.

“It was going on day twenty-two of them being missing,” said Jessica. “I had exhausted all means of searching for them, but decided to explore the abandoned missile silo behind our backyard, even though we had looked there before.”

Walking slowly along private property that was fenced off, Jessica came across a hole in the fence and proceeded to enter the field through the opening. Unsure of what to expect, but looking for some sort of closure, Jessica walked into the silo very slowly, keeping her eyes and ears open to anything.

After a few minutes, Jessica came across a garage door opened knee high, and heard barking. Hesitant to lift the garage door, and unsure of what dogs were on the other side, she used her mobile phone flashlight to look under the opening. With no sign of anything, Jessica heaved the garage door open only to find complete darkness. Hearing familiar barking to her right, Jessica turned and found a hole, about 10 feet deep by 40 feet long, occupied by Ziva and Zeus.

“They were standing in a huge hole filled with about six inches of water,” said Jessica. “I knew I could not lift them out of the hole alone without injuring them, so I called 9-1-1.”

Minutes later, local police and firefighters were on the scene to help remove Ziva and Zeus from the hole. Immediately after lifting the duo to safety, the pair began running around excitedly, wanting to play.

Although neither seemed to have any noticeable injuries, they were visibly emaciated. Jessica grabbed Ziva and Zeus and immediately rushed them to Pet Emergency Clinic to be evaluated and treated.

“The veterinarian and entire staff were in shock regarding how well the dogs appeared,” said Jessica. “Given their situation, they were both in good condition. It could have been a lot worse.”

Both dogs received a comprehensive medical evaluation and bloodwork. Ziva, who lost approximately 25 lbs., was given antibiotics, medication for anxiety, and treated for a gash on her leg that resulted in follow up care. Zeus lost 30 lbs., and was treated for hotspots in several areas, as well as giardia and elevated liver enzymes. 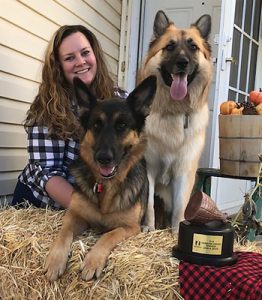 After weeks of close observation and small changes to help them readjust back to normal living, Ziva and Zeus were on their way to a full recovery.

“The staff at Pet Emergency treated Ziva and Zeus with so much care and were so thoughtful with them,” said Jessica. “Having pet insurance saved our bank account and let us focus on getting our dogs better rather than stressing about the bills.”

As the 2018 Hambone Award winners, Ziva and Zeus will receive the coveted bronze Hambone Award Trophy, as well as a Nationwide gift bag filled with toys, treats and various pet supplies.

Second Place – Blitzen, a dachshund from Carle Place, New York. Blitzen went on a “foodie” adventure, chewing a hole through the kitchen wall.

Third Place – Dottie, an Irish setter from Irwin, Pennsylvania. Dottie had an electrifying fall into a heated pond that shocked both her and her owner.

Fourth Place – Cheddar, a Labrador mix from Fairfield, Connecticut. When a birthday brunch got smoky, this canine found himself under a falling chandelier.

“The Hambone Award draws attention to accidents that can occur to our pets at any time,” said Carol McConnell, DVM, MBA, and chief veterinary officer for Nationwide. “The improbable adventure of Ziva and Zeus exemplifies the purpose of the Hambone Award and highlights the incredible work veterinary staff do to save our four-legged family members. We are delighted with Ziva and Zeus’s recovery and honored to present them with the 2018 Hambone Award.”

The 12 nominees were chosen from more than 1.5 million claims received by Nationwide during the past year. All pets considered for the award made full recoveries and received insurance reimbursements for eligible veterinary expenses. Thousands of votes were cast at HamboneAward.com from Sept. 25 – Oct. 8 to determine the winner.  To read the stories and see photos of all 12 Hambone Award nominees, visit HamboneAward.com.

About Hambone Award
The Hambone Award is named in honor of a Nationwide-insured dog who got stuck in a refrigerator and ate an entire Thanksgiving ham while waiting for someone to rescue him. The dog was eventually found, with a licked-clean hambone and a mild case of hypothermia. This quirky title was first awarded in 2009 to Lulu, a hungry English bulldog who swallowed 15 baby pacifiers, a bottle cap and a piece of a basketball. The Hambone Award and these unusual pet insurance claims have since helped educate the public about the unexpected mishaps that can affect household pets. Stories and pictures of the Hambone Award nominees are available at HamboneAward.com.

Nationwide, Nationwide is on your side and the Nationwide N and Eagle are service marks of Nationwide Mutual Insurance Company. ©2018.