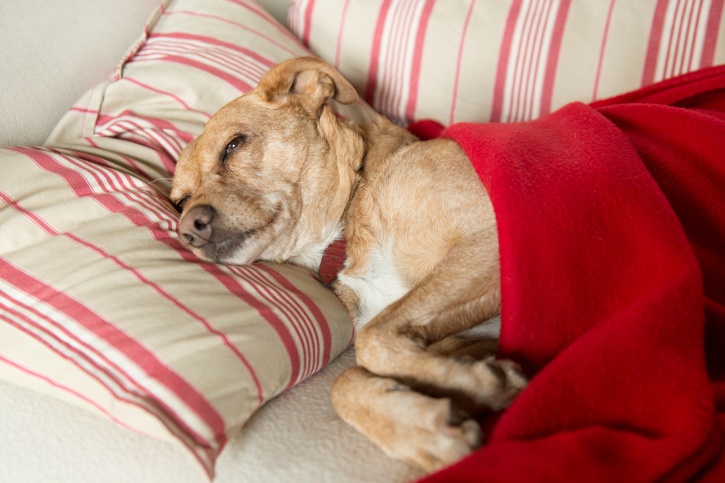 Pancreatitis in dogs generally is a painful, serious canine disease that can crop up all of a sudden. Although the exact cause of this condition remains unknown, it appears to be most common in middle-aged pooches, probably more in females as compared to males, which are overweight and usually follows a high-fat diet.

For some dogs, an attack can occur rapidly as a result of eating table scraps or very fatty foods. Veterinarians often report increased cases of acute pancreatitis around the holidays, when people unknowingly feed their dog special treats from the holiday meal, like turkey skin or sweets. However, not all cases are a result of poor diet, as genetics seems to also play a role in its development.

· The pancreas. The pancreas is a large, elongated gland in the body that is found between the upper small intestine, kidneys, liver, spleen, and stomach. One of the pancreas’ major functions is the secretion of digestive enzymes as well as other essential substances necessary for digestion. Pancreatitis occurs when there is a swelling and inflammation of the organ. The condition is linked to the activation of certain digestive enzymes that lead to the injury to the pancreas itself, and sometimes, even to its adjacent organs in the abdomen.

· The symptoms. Clinical signs of pancreatitis normally include vomiting, oftentimes profuse; lack of appetite or refusal to eat; lack of thirst or refusal to drink; weight loss; depression; weakness; lethargy; abdominal pain, usually severe and sudden; diarrhea; dehydration; and/or tucked up belly. Once the disease has progressed, the following indicators can be observed: abnormal stool consistency and color; fever; swollen abdomen; heart arrhythmias; difficulty breathing; shock; systemic infection, inflammation of the other organs that surround the pancreas; and/or internal hemorrhage. Since pancreatitis in dogs can be very serious, it requires immediate vet attention.

Most cases of pancreatitis in dogs are treated by means of withholding the pet’s oral food and water, along with intravenous fluid in order to maintain the electrolyte balance and normal fluid in the dog’s body. Anti-inflammatories, antibiotics, anti-emetics, and pain killers may also be prescribed to manage the symptoms of the disease. If shock is present, other treatments may be provided. Sadly, pooches that show shock are often at risk of death, despite the aggressive forms of treatment.

When vomiting is no longer present, the patient can be given little amounts of fluids. If he can keep the liquids down, small amount of low protein, low fat diet may be offered. Some dogs with pancreatitis, however, may have to be hospitalized for several days before they can be sent back home.

Although most dogs with pancreatitis may recover without any long-term effect, there are still some cases in which the dog may continue showing recurrent bouts of the condition, commonly referred to as chronic, relapsing pancreatitis. These dogs usually require a specific medical diet to minimize the recurrence rate. Nevertheless, if a substantial amount of pancreatic cells have been destroyed; inadequate digestive enzymes might be produced resulting in continuing digestive problems. Dogs experiencing this digestive difficulty may have to be medicated with each meal in order to prevent diarrhea and weight loss. In addition, since the pancreas is also the site of the production of insulin, if a great number of these cells is being destroyed, the patient may develop diabetes.

The very best way to prevent pancreatitis in your dog is to provide a healthy, low fat, balanced diet and plenty of regular exercise. Further, if you’re adopting a dog from a breeder, make sure that the other dogs in the breeding line have not developed this condition, as genetics do play a role.