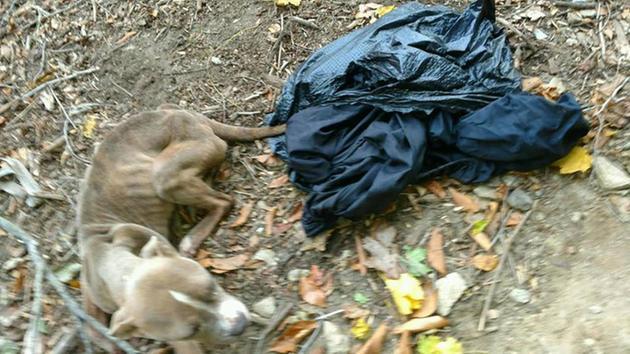 A Philadelphia, Pennsylvania police officer was arrested Thursday on animal cruelty charges after wrapping an emaciated dog in a sheet and dumping her inside a trash bag in Philadelphia’s Wissahickon Valley Park last November.

Mikel Long, 33, an 11-year veteran of the 18th district police department was arrested on two misdemeanors – one misdemeanor for possession of an instrument of a crime, and one summary charge of animal cruelty.

Authorities say Officer Long put a young pitbull into a sheet and trash bag then dumped the pup under a bridge at Wissahickon Valley Park. A hiker was walking her own dog in the park the Tuesday before Thanksgiving and discovered the dog. She called the Pennsylvania SPCA who rushed to the scene and found that she had a black sheet tied around her neck, was starved, freezing, too weak to stand and covered in her own urine.

A microchip revealed that the young, emaciated dog was named Cranberry and that she belonged to Officer Long. Investigators searched Long’s house and found a sheet matching the one that Cranberry had been wrapped in before being dumped.

After a 4-month investigation, Long was finally arrested and charged on Thursday.

“This arrest today is the culmination of an investigation conducted by our officers and the Philadelphia Police Internal Affairs Unit,” Nicole Wilson, director of PSPCA’s Humane Law Enforcement, said in a statement. “We look forward to the opportunity to see justice through the courts in this matter.”

Commissioner Richard Ross has suspended Officer Long for 30 days with the intent to dismiss. 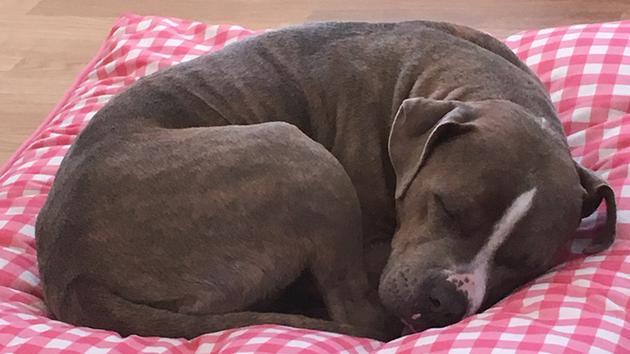 Cranberry has made a full recovery and was adopted last December. Image via PSPCA.

Although she was found emaciated and in critical condition, Cranberry has since made a full recovery and was adopted by a loving family in December.