A Wisconsin woman is outraged after, she says, a postal worker delivering mail to her home pepper-sprayed her 9-month old puppy through the screen door behind which he was secured inside her home.

Jackie Lemke was inside her home with her 9-month old Puggle, Frankie, when a mailman approached to deliver the mail on Wednesday.

“I saw the carrier approaching and he came to the door and pepper sprayed my dog through the screen door,” Lemke told Fox6. Lemke admitted that Frankie, like most dogs do, barked when the mailman approached. But, she insists he was secured inside the home, behind a wire mesh-reinforced screen door. 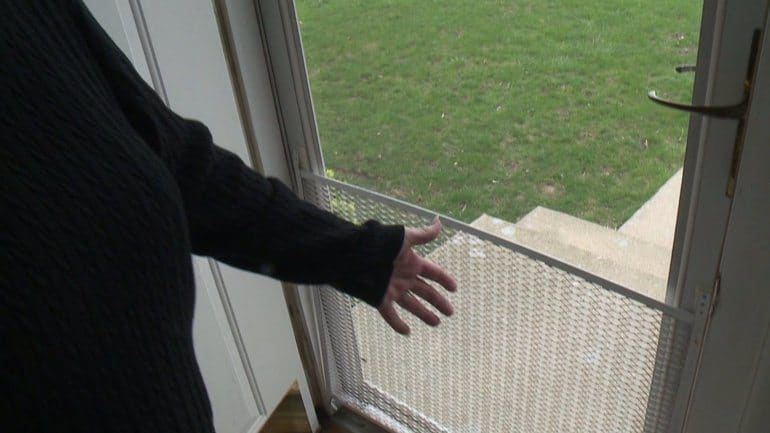 “[The mailman] just came right up to here. Basically, his hand was here, the dog was here and he squirted the dog,” Lemke  explained. Frankie let out a horrific cry that sounded “like slaughtering a pig.” Frankie is now afraid to go to the door. 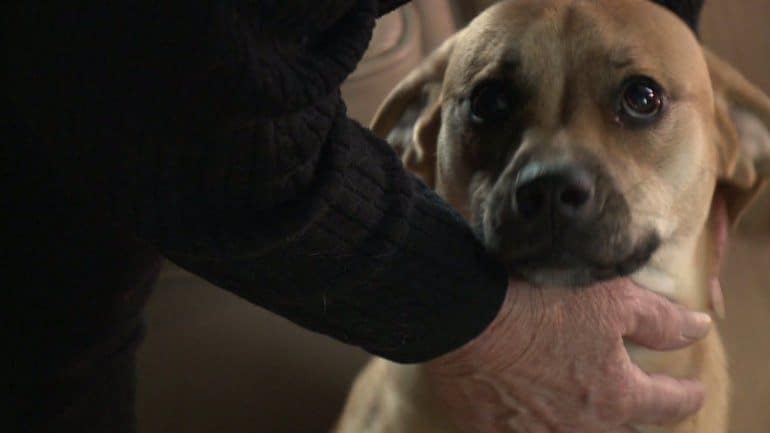 Frankie was allegedly pepper-sprayed through the screen door by a letter carrier. Photo credit Jackie Lemke.

The Postal Service is conducting an internal investigation into the incident and have visited the home to take photographs of the door where the pepper-spraying allegedly occurred.

A spokesman for  the USPS Lakeland District explained that letter carriers are trained to use their satchel to fend off aggressive animals. Employees are also allowed to carry dog repellent, but are told to simply suspend delivery if they feel threatened.

Lemke, who spent 25-years as a letter carrier in Mequon, Wisconsin, wants the letter carrier taken off her route and provided better training on dog-encounters.

An investigation is ongoing. No charges have been filed.