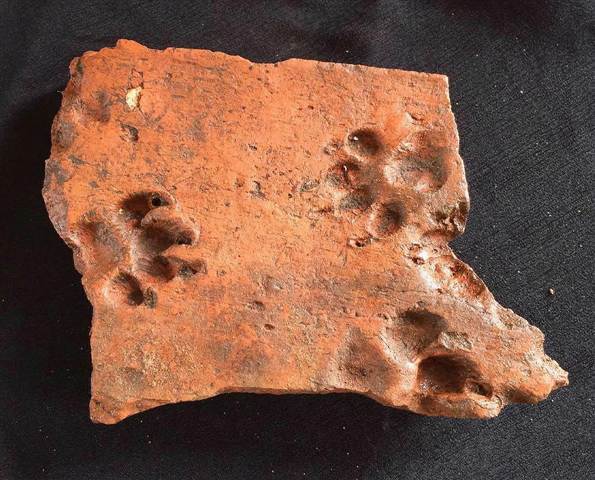 Archaeologists in England have found definitive proof for what parents of puppies have known all along… puppies have been destroying our stuff for as long as they’ve been domesticated!

Nick Daffern, a senior project manager with Wardell Armstrong Archaeology told LiveScience, “It is lovely to imagine some irate person chasing a dog or some other animal away from their freshly made tiles.”

The ancient Roman tiles, estimated to be around 2,000 years old, were found in the Blackfriars area of Leicester, England and date back to Britain’s early Roman era.

The tiles were found during excavation of the area, within layers of rubble beneath the ground. It is unclear if the tiles were part of an earlier structure, or if they were taken from another area and used in their current location to raise and stabilize the ground for development.

The excavation is funded by construction company Watkin Jones. The archaeologists are providing updates on Wardell Armstrong Archaeology’s blog.