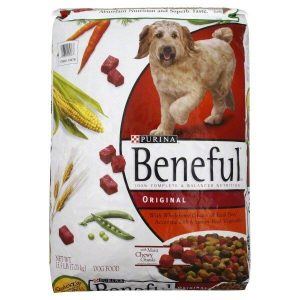 California dog owner, Frank Lucido bought a bag of Purina’s Beneful dry dog food in December of 2014 and began feeding it exclusively to his dogs, a German Shepherd, an English Bulldog, and a Labrador Retriever.

Just about 2 weeks after beginning to feed Beneful, his German Shepherd became violently ill. The first symptoms that Frank and his wife noticed were that the Shepherd was losing hair and giving off an unusual odor. Two days later, a veterinarian examined their dog and found internal bleeding and a malfunctioning stomach and liver, symptoms consistent with poisoning.

One week later, on January 23, Lucido’s wife found their English Bulldog dead in the backyard. A necropsy revealed signs of internal bleeding and lesions on his liver, consistent with those same symptoms the Lucido’s German Shepherd suffered.

The family’s Lab has also since become ill and is being tested and treated for the same symptoms.

As a result of his dogs’ illnesses and more than 3,000 similar complaints of illness and death by other pet parents, Frank Lucido on February 5 filed a class action lawsuit against the Nestle Purina Pet Care Company.

Lucido is looking to represent two classes — a nationwide class and a California subclass for dog owners “who purchased Beneful dog food in the past four years and who incurred any out of pocket costs due to illness, injury or death of their dog resulting from the ingestion of Beneful.”

The plaintiff is represented by Jeffrey B. Cereghino of Ram, Olson, Cereghino & Kopcyzynski, by John Yanchunis of Morgan & Morgan Complex Litigation Group, by Karl Molineux of Merrill, Nomura & Molineux, and by Donna F. Solen of Kimbrell Kimbrell & Solen LLC.

To date, despite tens of thousands of complaints, both directly to Nestle Purina, published at consumer review and reporting websites, and filed with the U.S. Food & Drug Administration, a recall or warning against feeding Beneful has not been issued. Purina maintains the position that their food is safe to feed.

Although the food is advertised as healthy and nutritious, third party testing found dangerous levels of mycotoxins, a toxic secondary metabolite produced by fungus (mold) that occurs in grains, especially corn, a primary ingredient in Beneful dog foods.

Other sources point to propylene glycol, an ingredient commonly found in anti-freeze and a known toxin to dogs and cats, which is also found in Beneful and other Purina brand foods.

We will provide updates to this case as it progresses.

In the meantime, any pet parents feeding Beneful brand pet foods may want to carefully consider that choice, keep a watchful eye for any unusual symptoms or illness, and research the complaints of other dog and cat owners in order to make an informed decision regarding their dog’s diet.