Authorities in New Jersey are looking for the person who placed a senior dog inside a cardboard box and abandoned her outside a New Jersey shelter without food or water. 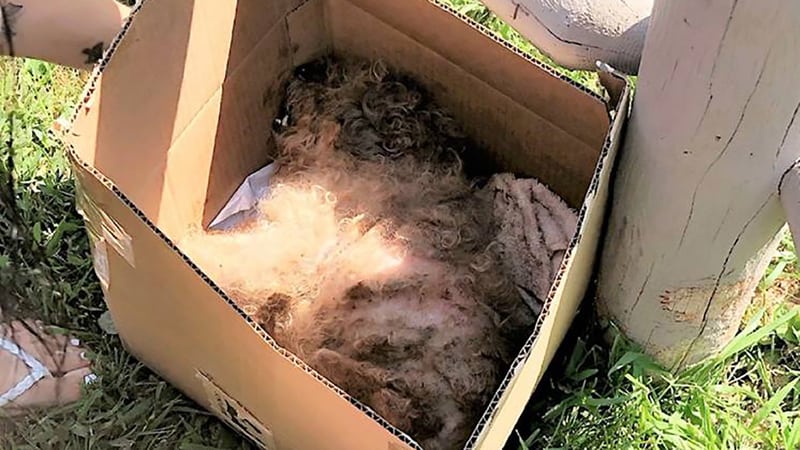 A volunteer with the Associated Humane Society in Tinton Falls, new Jersey discovered a cardboard box left next to the road outside the shelter. Inside the box, they found an elderly Poodle, laying in the box in the hot sun, without food or water.

Inside the box was a note that read, “Found this poor thing at a cleaning job. No idea what to do, thought maybe you would know. Found in Howell. Thank you. Hope you can help.”

Because the Poodle, who the shelter have named Halle, was abandoned outside the shelter instead of being brought inside, authorities doubt the validity of the story. But, they hope that by finding the person that abandoned the dog, they can learn what really happened to Halle.

Anyone with information about the dog, her owners, or the person that abandoned her outside the shelter is urged to contact the shelter.