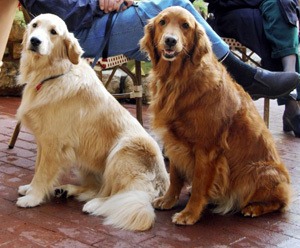 When should I neuter my dog?

This is a common question that many dog owners have and there tend to be different answers depending on whom you ask.

The most common answer to this questions from veterinarians has been at approximately 6 months of age. This has been the rote answer for many of us for the past 20 years. It was based on the fact that if we want to reduce pet overpopulation and the tragedy of unwanted dogs in shelters, it would be best to never allow irresponsible owners to breed their dogs.

Things are never as simple and clear as we would like them to be. Every now and then new information comes to light that makes us take a step back and look with new eyes at an old belief. This may be one of those moments.

There have been some recent small studies that looked at the benefits and risks of neutering and their effects on long term health. These studies are making the question of when and if to neuter more difficult to answer.

Spaying female dogs at 6 months of age has been proven to virtually eliminate the risk of mammary cancer and spaying dogs while they are young eliminates that risk of a serious infection in the uterus called pyometra. In addition, younger female dogs tend to have less surgical bleeding due to having less abdominal fat.

Neutering male dogs decreases their risk of prostate disease and decreases roaming, being hit by cars and dog fights.

However, we can’t only look at these benefits without looking at the whole body. A recent study done at UC Davis Veterinary School done in Golden Retrievers looked at 759 Golden Retrievers. In this retrospective study, there was a significantly higher incidence of hip dysplasia, cranial cruciate ligament injuries, mast cell tumors, lymphosarcoma and hemangiosarcoma. Even more dramatically, there was a 100 percent increase in hip dysplasia among early neutered males. These are some startling numbers. Keep in mind that this was a study done in one breed so at this point the researchers are cautioning to not assume this applies to all breeds.

In another small study published in 2010, female Rottweilers showed that they were 4 times more likely to live to the age of 13 when spayed after 6 years of age, compared to those that were spayed at a younger age. The theory here was that perhaps there was a protective effect provided by estrogen, like that is seen in women, living longer than men.

This new information makes decisions regarding spaying and neutering more difficult. On the one hand we want to reduce the number of dogs that are unwanted and end up in shelters but on the other hand, we always want to do what is best to help our pets live a long, healthy life.
I just wanted to bring you some of the most current research and you can make up your mind with the help of your veterinarian.