Dogs and the White House have a long and stirring mutual history.

Yet despite the long and faithful connection between First Families and canines, at the moment there is no First Dog and no sign President Donald Trump plans to acquire one any time soon. 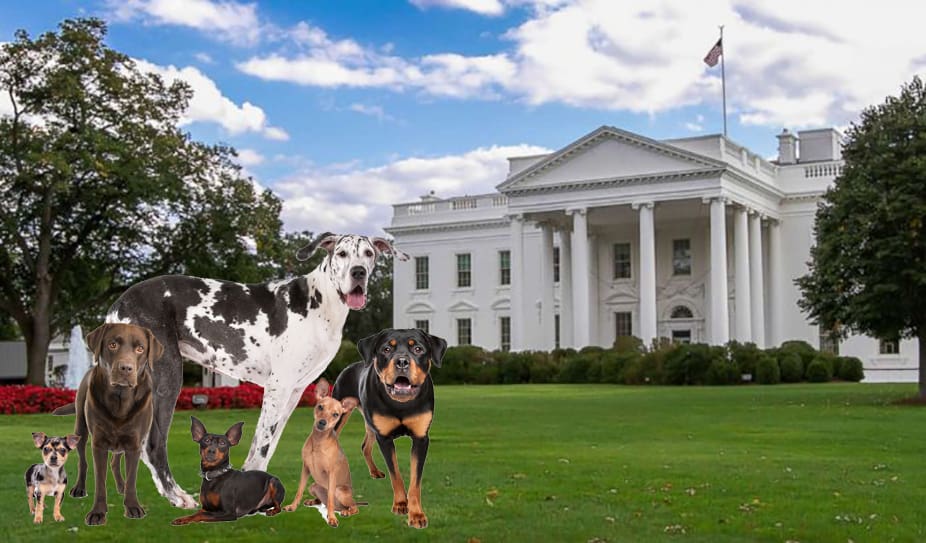 “This is the first time in more than 100 years that a president doesn’t have a dog,” says Kris Rotonda, co-founder and co-CEO of Pet-Smooch, a social network for animal lovers and their pets.

“This is one policy position the president should rethink, though, because dogs are great companions and great for reducing stress.”

To make the president’s choice easy, Rotonda says Pet-Smooch has a GoldenDoodle puppy named Smoochie that it would be happy to offer as a gift. But in the spirit of canine camaraderie, Rotonda suggests a few other breeds the president might consider if he decides to welcome a “world leader’s best friend” into the Oval Office:

Korean Jindo. As the president seeks improved relations with North Korean President Kim Jong-Un, adopting this breed could be seen as an olive branch. The American Kennel Club says the Korean Jindo is valued for its loyalty, and Trump does prize loyalty. A potential downside: This is a dominant breed, so Trump would need to make it clear who’s in charge at Cabinet meetings.

French Bulldog. Trump reportedly has an affinity for French President Emmanuel Macron, so a Frenchie could serve as a pet salute to this favored foreign leader, Rotonda says. On the other hand, French bulldogs are prone to snort, snuffle, wheeze, grunt and snore loudly, which could cause the dog to end up on the wrong side of a late-night presidential tweet.

Black Russian Terrier. These large dogs originally were bred to work in the Russian military, so it would be practically like having a Russian military officer in the White House. Okay, maybe not such a good idea after all. Scratch that one.

Xoloitzcuintli. The Mexican hairless dog is an ancient breed that is deeply attached to Mexican culture, so adopting this dog could help smooth bumpy relations with our Southern neighbors. “Once you get past trying to pronounce it, this could be an interesting choice,” Rotonda says. It’s a cheerful and affectionate breed. But the Xoloitzcuintli also can be stubborn and headstrong. The dog and the president could end up quarreling right in the middle of a Rose Garden signing ceremony, making for bad optics.

Portuguese Water Dog. This breed is hypoallergenic, something the notoriously germaphobic president could appreciate because such dogs don’t shower you with dust and dander, and there is less dog hair all over the furniture and floors, Rotonda says. Why it’s a longshot: The president’s immediate predecessor owned Portuguese water dogs, which could be a deal breaker.

GoldenDoodle.  A GoldenDoodle is technically a mutt, but it’s also a designer breed that America loves, Rotonda says, so if Trump wants to go the populist route this is the answer. On a more practical note, Rotonda says, GoldenDoodles are another hypoallergenic breed, but minus the recent Pennsylvania Avenue history of the Portuguese water dog.

“Just playing with or petting a dog can go a long way toward relieving all the strain and tension that come with the presidency,” Rotonda says. “Plus, unlike the rest of the world, a dog won’t judge you no matter what you say.”

Kris Rotonda is co-founder and co-CEO of Pet-Smooch (www.pet-smooch.com), a social media network where animal lovers connect and share photos and information about their pets. He also is co-founder and co-CEO of Max and Molly Charitable Corporation (www.maxandmollycharities.com), a not-for-profit organization dedicated to both pet-related initiatives and safe-dating initiatives.