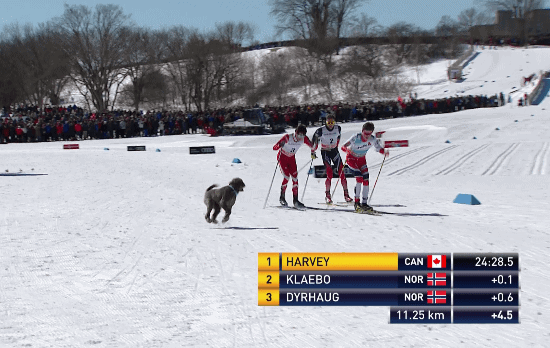 A snow-loving, happy dog may not have won the big race, but he certainly won our hearts when he joined in the fun!

The World Cup of cross-country skiing was held in Quebec City over the weekend. Just as race leaders rounded a curve in the course, a loose dog exuberantly joined in, jumping, running around the skiers, and generally have a grand old time.

Race announcers are heard in the background exclaiming, “They’re being chased by a dog out there!”

Watch the happy dog in this clip:

Thankfully, the dog wasn’t injured and racers took the interruption in stride, even maintaining their positions moving along the course.