A lot of preparation and planning goes into each and every member of our armed forces when the time comes to relocate or deploy. Worrying about what to do with pets is one less thing our troops need to worry about, since the creation of Dogs on Deployment. 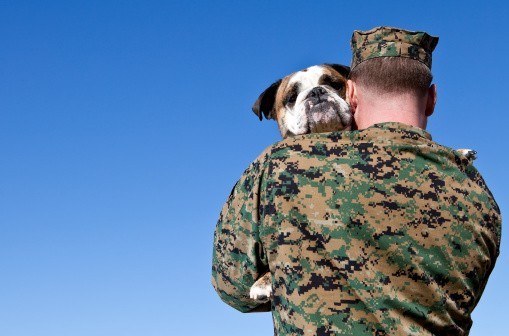 Military members nation-wide confront a multitude of problems during their career. The last problem they want to worry about is what to do with their beloved family pet when it’s time for them to deploy. Many service members have limited, to no options for their pets when they have to go overseas and many have relinquished their pets to shelters when they have nowhere else to go. Dogs On Deployment is a licensed non-profit which provides a central online database for service members to search for individuals or families who are willing to welcome a Dog On Deployment into their home for the length of their owner’s deployment.

DoD was started by Shawn and Alisa Johnson, a military family and owner of two Australian Shepherds. The Johnsons have both been stationed or deployed in areas where dogs were not allowed and realized the need for a service that would connect military with people willing to help board and care for their pets while they are away. Luckily, Shawn and Alisa have had family to rely on, but understand that many of our servicemen and women do not and many are forced to relinquish their pets to shelters when deployed.

Their website, DogsonDeployment.org, hosts a database of both military members that are in need of a boarder and families that have offered to care for their pets while they’re serving our country.

DoD is also dedicated to improving rights of dogs of those serving in our military, to have them viewed as a part of the family, to be cared for while our troops are away, rather than treated as disposable by military regulations.

Are you a member of our military that has had to either give up your dog or find boarding while you were deployed? Share your stories with us below!

Related Items:army dogs, boarding for military dogs, dogs on deployment, featured, where to board your dog while deployed
6 Comments